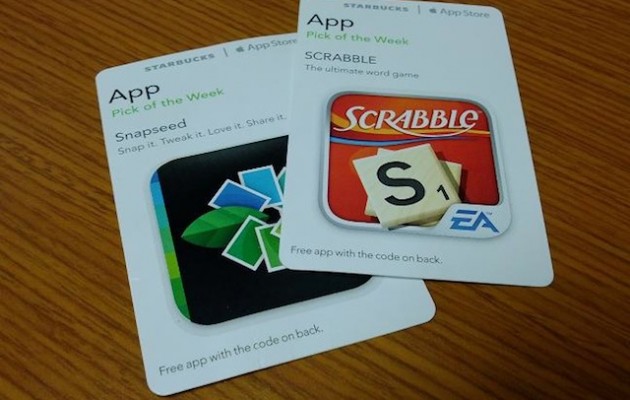 Starbucks today launched the next iteration of its iconic Pick of the Week promotion.

Previously, customers could pick up a physical card featuring a promo code to redeem the Pick of the Week app, but starting today customers have the additional option to make a free Starbucks account and redeem the app directly from the free Starbucks for iPhone app, circumventing a trip to a physical location.

The promotion showcases and gives away a paid app from the App Store, much like Apple’s own App of the Week campaign.

Check out 9to5Toys for the latest App of the Week, Angry Birds Star Wars.