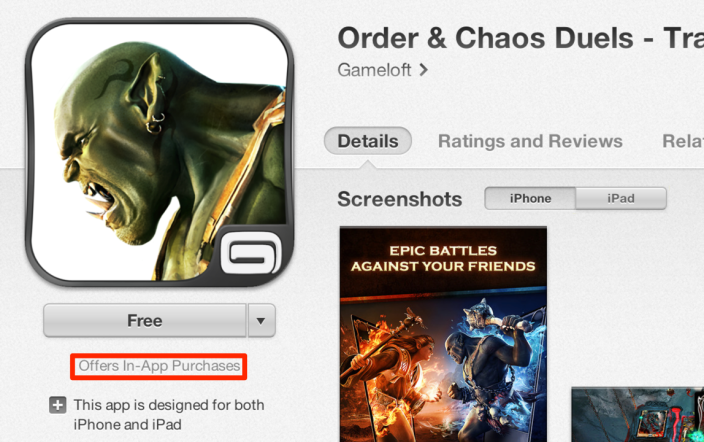 The investigation was prompted by a 300% increase in complaints from consumers, and follows a high-profile UK case in which a police officer parent reported his own child for fraud after Apple refused to refund in-app purchases amounting to £3700 ($5680) …

“We are concerned that children and their parents could be subject to unfair pressure to purchase when they are playing games they thought were free, but which can actually run up substantial costs,” said Cavendish Elithorn, the OFT’s senior director for goods and consumer.

Makers of games that strongly encourage children to buy or pressure them to ask parents to buy on their behalf could be breaking laws on fair trading, said the OFT.

Although any ruling by the OFT would apply only in the UK, the size of the market may add to pressure on Apple to tighten controls on in-app purchases in children’s games. The company added a warning about apps that offer these in the wake of a class-action lawsuit settled in February.