Several job postings looking for both hardware and software engineers reveal that Apple is looking to begin its own chip development in Orlando, Florida.

Last week we learned that Apple is hiring software engineers to work on fingerprint technology at Authentec in Melbourne, Florida, which is about one hour south of the future site of the company’s development labs.

The job posting are interesting as Samsung, which works with Apple to develop the custom chips used in iPhones and iPads, continues to compete with Apple in the smartphone and tablet space. 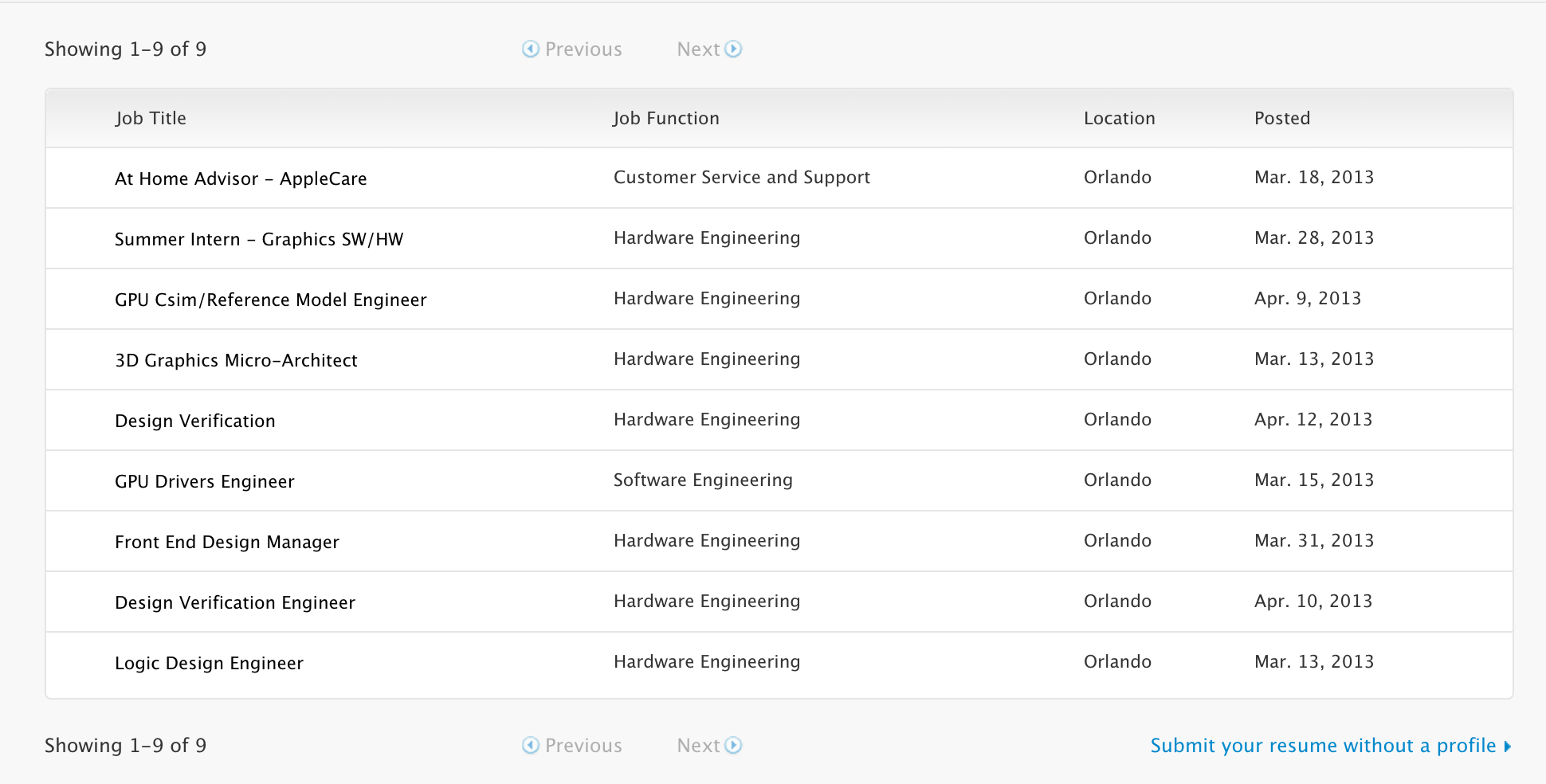 Tim Cook mentioned last May that the engine that drives the iPhone was produced in Austin, Texas, which many believe pointed to Samsung’s chip development location.

The job listings range from ‘front end design management’ to ‘3D Graphics Micro-Architect’, all of which were posted in recent weeks.

Notably, the area is already populated with relevant talent as it is home to popular semiconductor company/Apple chip partner Qualcomm which may be the reason for the location.