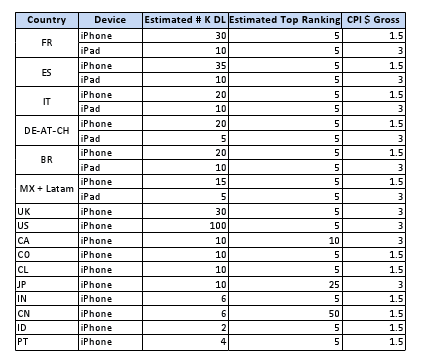 Business Insider has obtained a leaked document that seems to show that AppGratis enticed developers with potential high iTunes App Store rankings. According to the document, AppGratis said that if a developer invests $100,000 with them, an app will likely reach the top 5 spots on the App Store top charts.

AppGratis was reportedly originally pulled from the App Store for mimicking Apple’s App Store and for sending its users ad-like push notifications. Of course, the aforementioned apparent move by AppGratis to inflate rankings is a serious concern for Apple and it is something that Apple, of course, wants to keep out of its App Store. Interestingly, AppGratis, yesterday, seems to have denied participating in inflating App Store rankings.

Since the App Store algorithm has been based on download velocity only for so long, advertisers know exactly what they are doing.Reaching the the top of any App Store is a simple and logical equation. But we’re not in this business.