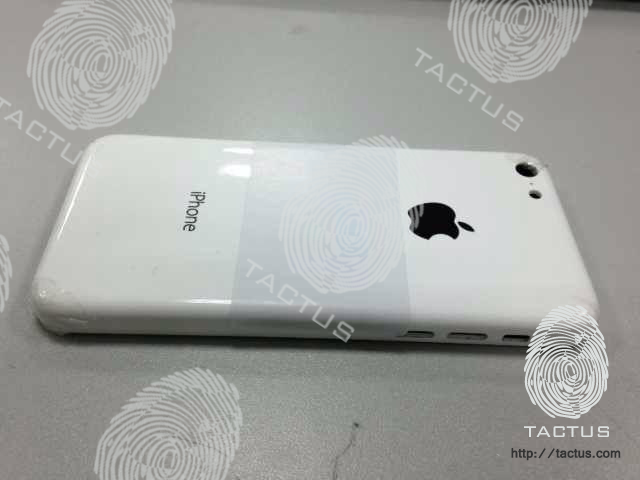 Could this be the rear case of the long-rumored low-cost iPhone? Tactus (via Macrumors) thinks so.

While Tactus doesn’t have a notable track-record in such leaks, the design does appear reasonably consistent with the majority of rumors so far. It’s a plastic shell, similar dimensions to the iPhone 4 but a little thicker as you’d expect with a polycarbonate casing.

Tactus also claims to have some details of the phone’s spec:

I’ve also heard on the grapevine that the alleged budget iPhone will have an A5 processor like the iPad Mini with a 32nm diecast. It’s also rumoured it will have a 3.5 inch retina screen, much like the 4S, but not as big as the iPhone 5 … I’ve also discovered the factory producing this secretive project have confirmed the device will be available in Black, White, Blue, Red and Yellow

Tactus got a picture of an iPhone back shell, and then decided to make up a load of other random facts. Hey ho, still better than DigiTimes.

Real or not real? Let us know your view