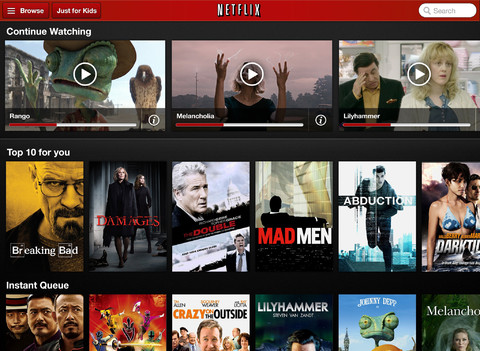 Netflix has updated its iPhone, iPad, and iPod touch application with redesigned controls for episode selection, audio, and subtitles.

The changes make it easier and more intuitive for iPad users to navigate between TV show episodes, while the new audio and subtitle controls are available on both the iPad and smaller iOS devices.

Various bug fixes are also included, according to the release notes:

The update is free on the App Store.