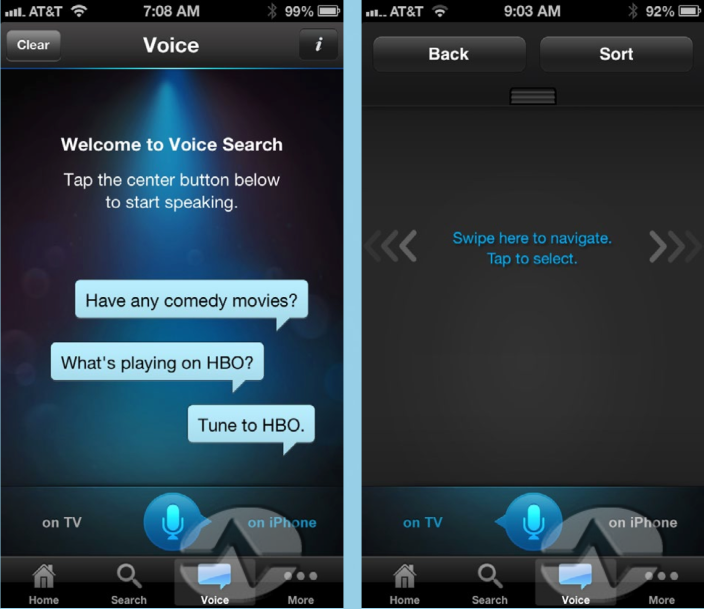 DirectTV has announced that it will be adding voice search and capabilities to its iOS application later this year, and a beta will be available this summer. Like Apple’s Siri application for iOS, the application will understand many different types of commands. For example, you can say “find movies with Tom Cruise” or “what’s playing on HBO?” Solid Signal posted a review for the DirectTV voice app, detailing some of the more advanced voice features.

While you wouldn’t want to use voice control in place of a remote, it’s a nice parlor trick to tune a receiver using your voice. Say “Tune to channel 7” or “tune to ABC” and the receiver will change channels for you. The natural language recognition is quite good, too. Saying “find me some comedies” resulted in over 200 being found.