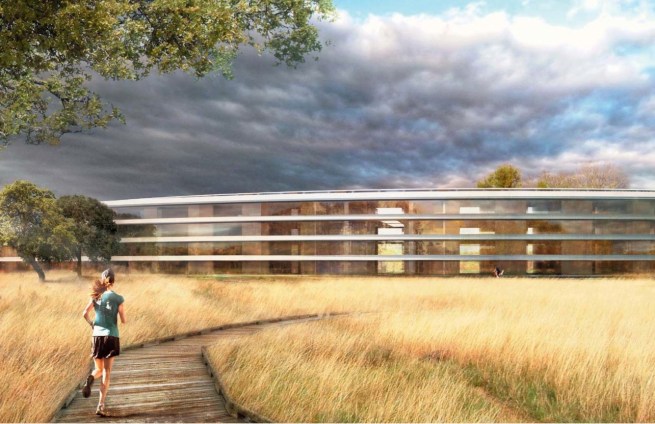 Apple has just revised its plans for its massive upcoming new headquarters, scheduled to be completed by 2016. The revised plans, known as Submittal 6, focus less on the structure of the building itself, instead highlighting the surrounding land and facilities, showing off new bike paths, larger parking areas, and photos of street renderings.

The parking areas have been increased in capacity from 9,000 to 9,240 in the main lot, and 1,500 to 1,740 in an additional location, the report states. Updated bike access plans include new features such as enhanced bike lanes called “buffered bike lanes,” as well as bike boxes and two-stage turn boxes (images below).

Although there will be an incremental increase in gross office and research and development floor area of approximately 20%, the efficient use of the main site will result in almost tripling the landscaped area. Underground and structured parking will replace 9,220 surface parking spaces – creating almost three times more open space.

The new campus, which is expected to cost $5 billion, was delayed in late 2012 due to the extravagant nature of the project, which Steve Jobs had a hand in designing.

According to an extensive report from BusinessWeek, Apple’s Campus 2 is being built in a manner that spares no expense, and today’s revisions to its plans are likely just further refinements of the already excruciating detail being put into the project. 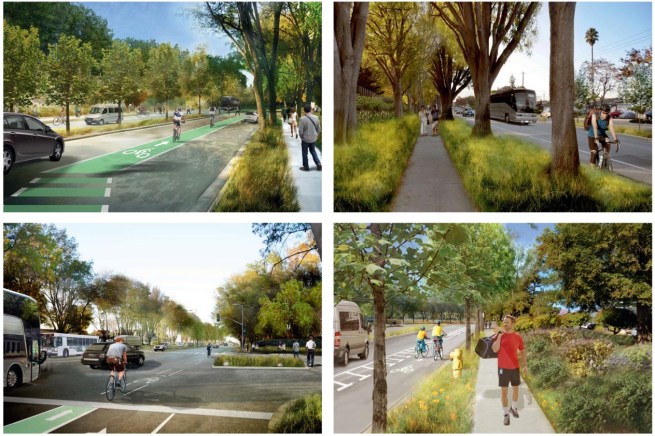