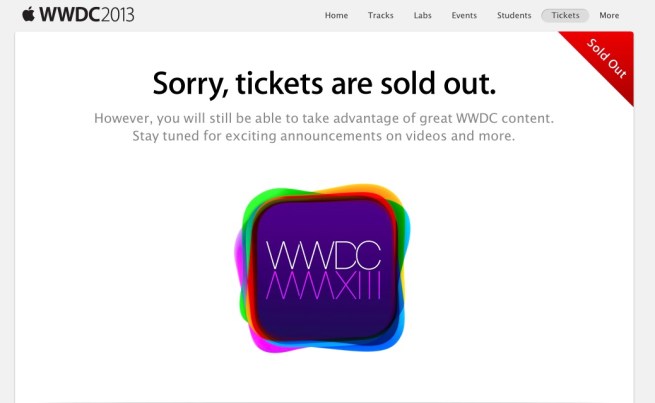 Apple is apparently contacting some developers who didn’t get a chance to purchase tickets, offering them a second chance.

Huh. Voicemail from Apple: “We’re just calling to let you know that we actually do have a ticket available for you for this year’s WWDC.”

Red Sweater Software’s Daniel Jalkut speculates that tickets are being offered to those who had the item in their cart, but were unable to purchase due to the record 180 second sellout.

Apple is now calling some folks who didn’t get a WWDC ticket earlier. Not sure how many, but stay by your phone if you had tried and failed.