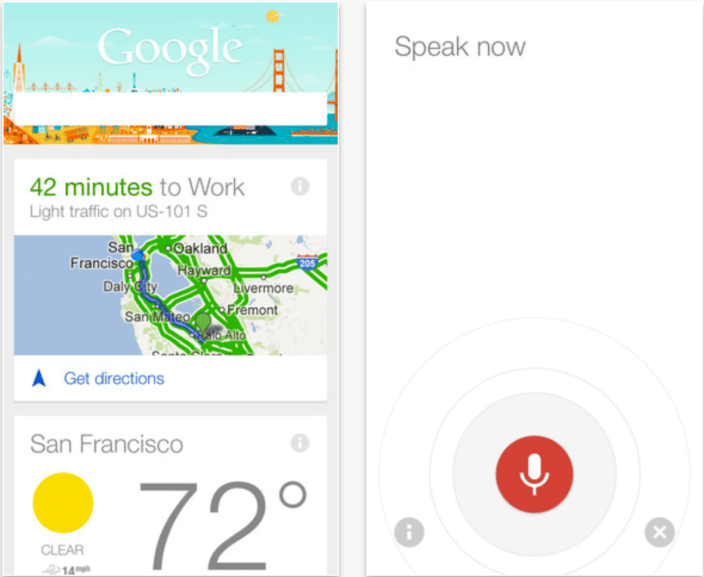 After a few months of waiting, Google has just released its Google Now service for iOS users. The feature is available via an update to Google’s existing Search app for iOS.

Get just the right information at just the right time with Google Now. • weather and traffic conditions before you start your day • updates on your favorite sports teams and breaking news stories as they happen Find out more about all other ways Google Now can help at http://www.google.com/now

Google is also working to bring some voice functionality to its desktop website. While Google Now has a voice component that has been compared to Apple’s Siri on many occasions, the essence of the feature is truly to provide timely, location based information.

The update is available for free for iPhone, iPad, and iPod touch via the App Store.