Adobe’s MAX 2013 keynotes are happening right now, and below we have the details on the brand new features added to its suite of Creative Cloud products that are now branded with “CC” and apparently replacing its CS6 offerings, which will no longer be supported going forward. We’ve already covered big updates rolling out today to Photoshop and Adobe’s video products such as Premiere and After Effects, but the company also just announced some of the biggest updates yet to its design tools including many highly requested features for apps such as Illustrator, InDesign, Muse, a new iPhone app for Kuler, and new features for the now free Adobe Ideas iOS app.

Head below for all the details: 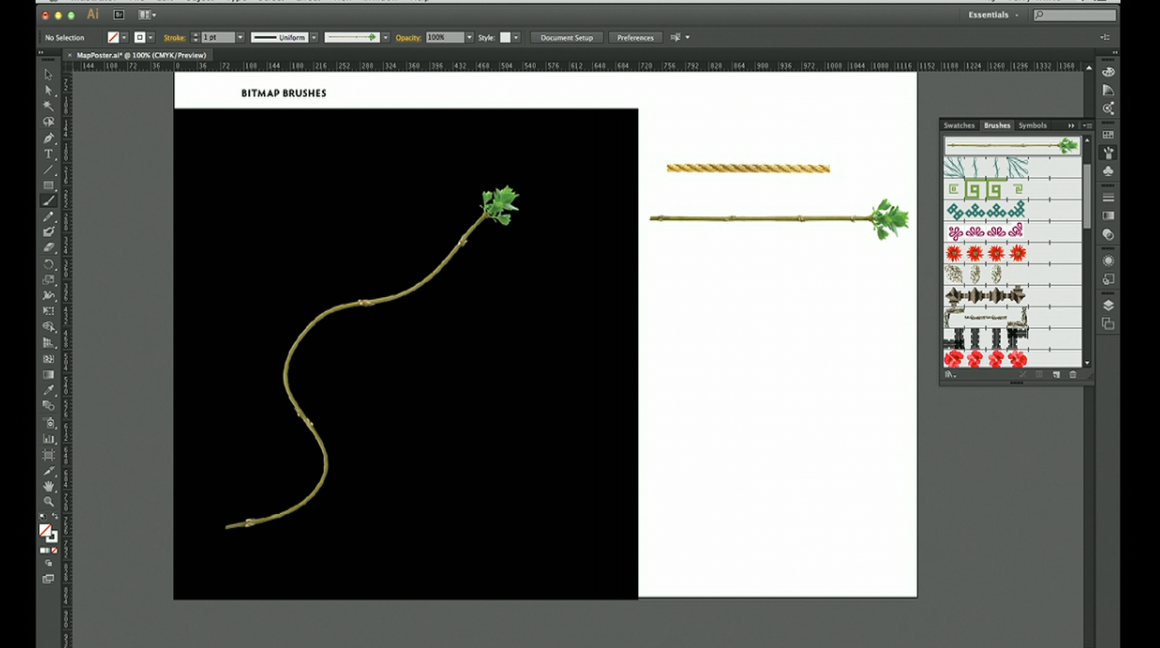 Illustrator was a big focus at today’s MAX event with Adobe demoing new features including a Touch Type tool that allows characters to be “manipulated like individual objects” with support for multitouch devices and stylus, images in brushes, the ability import multiple files while defining location and scale, and CSS Extraction:

Hand-coding web elements such as icons and patterns can be frustrating. Now, create websites faster by letting Illustrator generate CSS code for you, even for a complete logo that includes gradients. Copy and paste the code right into your web editor.

It also gets new sync settings, sync colors, font search and sync fonts with Adobe Typekit fonts like most of the updated CC apps today.

InDesign gets an overhaul today that includes performance enhancements and new features including 64-bit support, a new modern 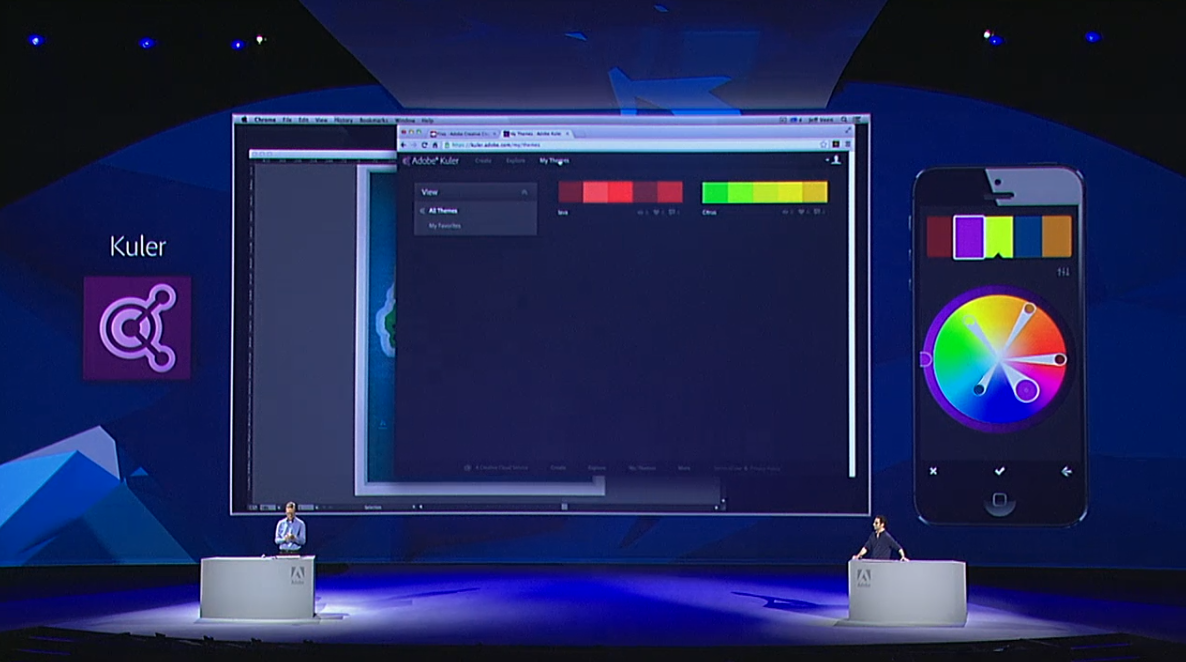 UI, HiDPI and Retina Display support, a new QR Code Creator, and the other Sharing with Creative Cloud and Sync features that Adobe is rolling out for many other apps today.

InCopy is now included for Creative Cloud members and at the same time gets a new UI, HiDPI and Retina display support.

Kuler for making color themes on the web gets a new iPhone application today with the ability to export to Illustrator CC, and access to the new Sync Color features to access the themes from anywhere. The iPhone app also includes new preset color modes:

Color presets make it easy to create great themes right off the bat. With your iPhone, you can choose among five presets such as Colorful and Muted. In the Kuler web app, you can pick presets that follow color theory, including Analogous, Triad, Compound, and more.