Adobe isn’t just announcing big updates to Photoshop and its web & design products for Creative Cloud customers It’s also rolling out a ton of new features for its video products including Premiere, After Effects, Audition, Prelude, SpeedGrade, and Story Plus. Below the fold we have all the details on new features:

Premiere gets one of the most notable updates among all of Adobe’ brand new video Creative Cloud video apps that it showed off on stage at MAX 2013 today. Among the new features is “a redesigned Timeline, intuitive track targeting, and dozens of helpful new shortcuts. Dupe-detection markers, through-edit indicators, and clearer labels.” Adobe is also including a new “Link & Locate” feature to search for files that have been renamed, moved, or transcoded, Sync settings that most apps received today, Adobe Anywhere integration to work on files over shared servers, Lumetri deep color engine integration with SpeedGrade, an Audio Clip Mixer and Closed captioning. 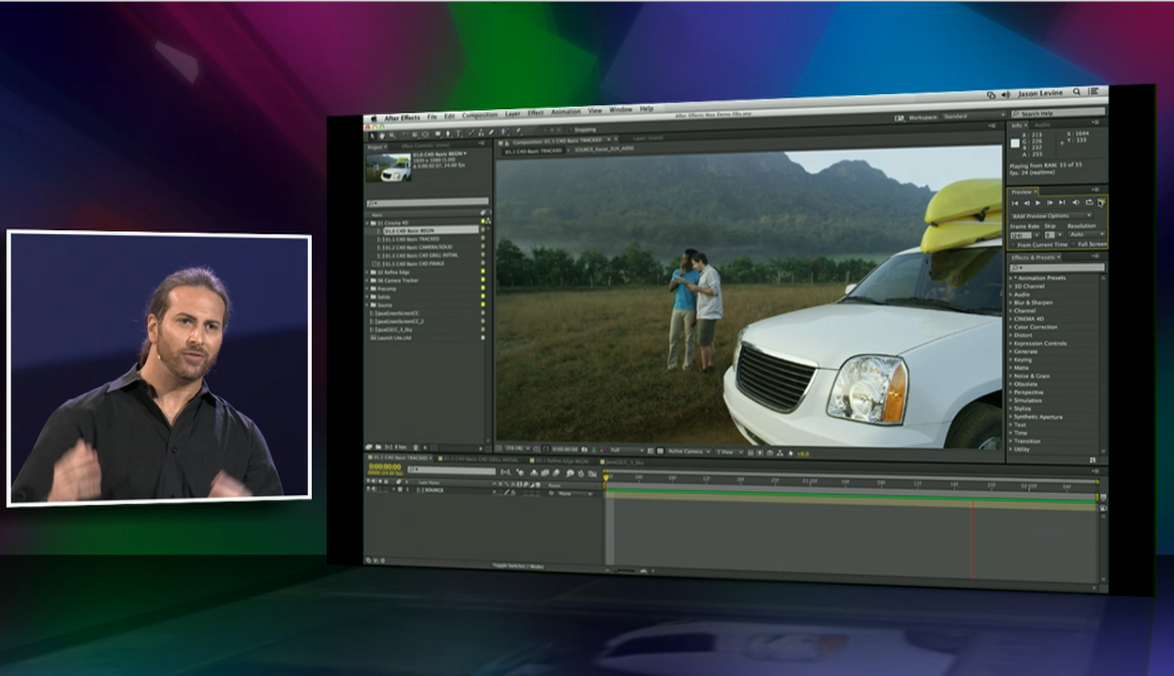 After Effects New features for After Effects CC won’t disappoint with the addition of the new Refine Edge tool, 3D workflows with support for Cinema 4D integration, pixel motion blur, and a Warp Stabilizer VFX allowing users to Select stabilization points, edit and delete them throughout time, and preserve scale to fix tricky shots such as aerial fly-throughs.”  Adobe Anywhere video integration will also be coming soon in a future update.

Create photo-real visual content fast with awesome new advancements, such as the Live 3D Pipeline between After Effects CC and CINEMA 4D, an enhanced 3D Camera Tracker, and layer and mask snapping for faster composition construction. Save hours of tedious rotoscoping work with the Refine Edge tool. Be more creative, thanks to advancements in stabilization and other refinements for a more responsive workflow. Plus, with upcoming support for Adobe Anywhere for video, broadcast and post-production professionals can collaborate on workflows across enterprises regardless of location.

Other updates to CC video apps today include new Multitrack editing, Sound Remove and Preview Editor features for Adobe Audition, Anywhere video integration and Hover Scrub thumbnails for Prelude, as well as a handful of new features for SpeedGrade and Story Plus.

Adobe is offering some big deals on Creative Cloud memberships just in time for today’s updates to Photoshop alongside tons of new features for all of its video, web, and design tools.

You can currently get 40% off to upgrade from Creative Suite product to a Creative Cloud membership with special introductory pricing of $29.99/month and $20/month off for signing up for Creative Cloud for Teams.