What does Samsung’s S-Voice assistant think of Siri? 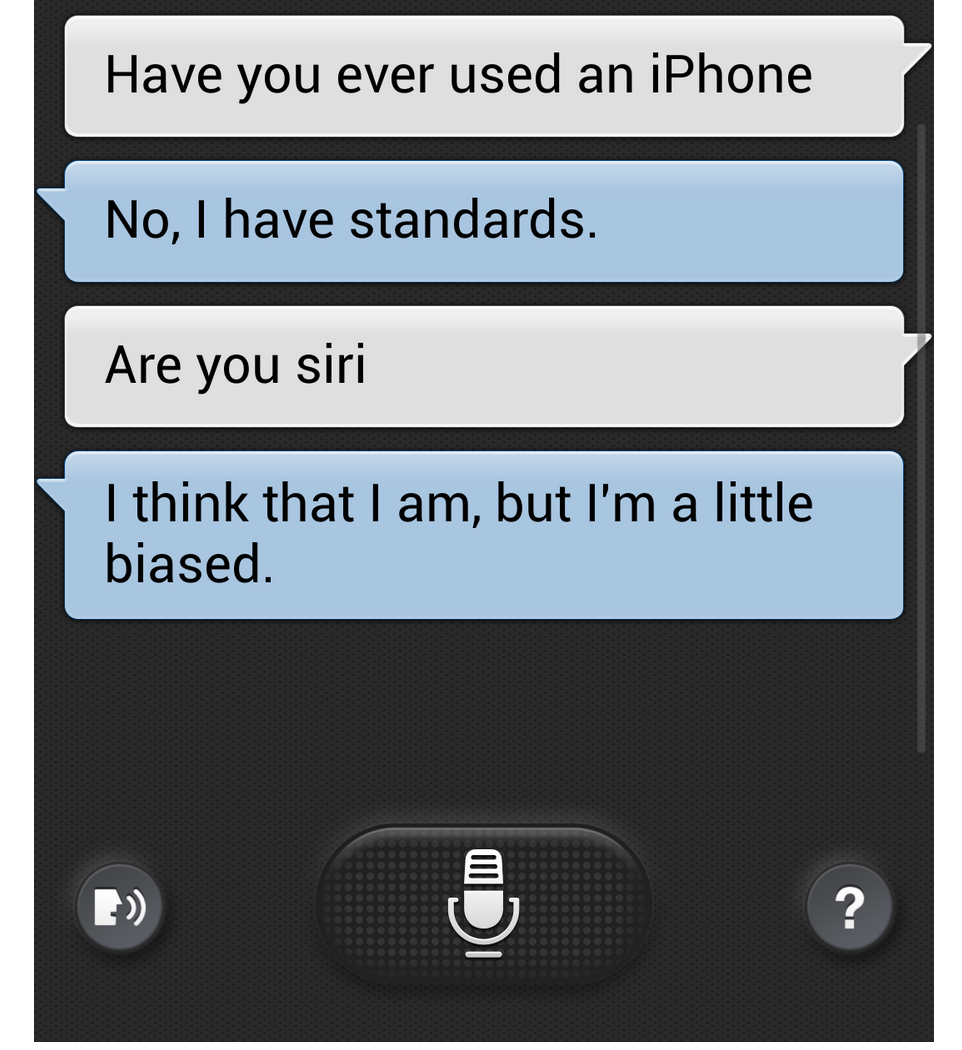 Despite having access to a pretty powerful voice-enabled, predictive search engine with Google Now, Samsung is still pushing ahead with its own ‘S Voice’ app to try and provide a unique Siri-like experience on its devices. We’ve seen many comparisons of how Samsung might have borrowed from Apple for its own voice-controlled assistant, but today a post from AndroidCentral got us curious about how S Voice reacts when asked about Siri.

The screenshot we grabbed above speaks for itself with the Galaxy S4 returning snappy answers when asked about the iPhone and Siri. When asked, “Have you ever used an iPhone?,” S Voice responded, simply, “No, I have standards.” Another question, “Are you Siri?,” returns the answer, “I think that I am, but I’m a little biased.” 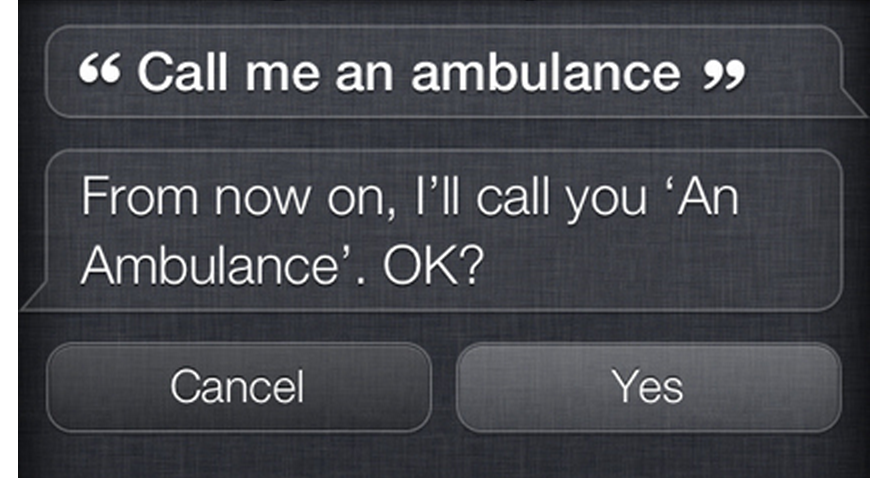 Results appear to vary for users, but it’s certainly an easter egg that Samsung has intentionally included in the app at some point. Siri isn’t free of its own clever responses with users finding several easter eggs and controversial remarks since the app first launched on iPhone 4S. Asking Siri about Samsung or its devices, however, usually just provides a vague response or directs users to Apple’s website or the web.

Some answers Siri gives are amusing, such as responding to marriage questions with “My End User License Agreement does not cover marriage”. People are more amused by the silly stuff, like when you say “call me an ambulance” and she responds by acknowledging “From now on, I’ll call you ‘an ambulance’”.