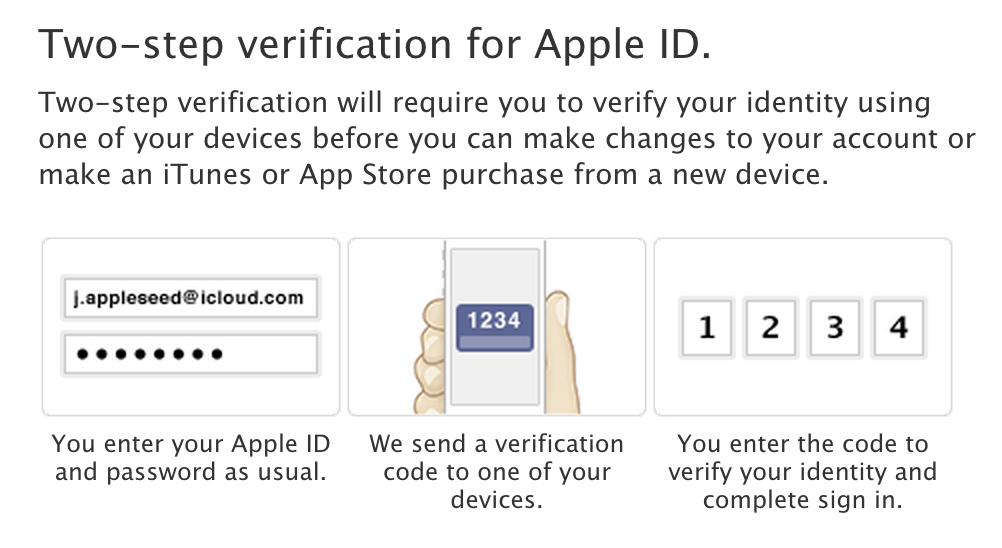 Update 2: It looks like Apple prematurely rolled out the feature to many countries and quickly removed it. The only officially supported countries listed on Apple’s website include “U.S., UK, Australia, Ireland, and New Zealand.”

Update:  Mexico, Germany Netherlands, Russia, Austria, Brazil, Belgium, Portugal, Italy & Poland too. Let us know in the comments if the feature is now available in your country.

Apple appears to have recently started rolling out its new two-step verification feature for Apple IDs to users in additional countries. When Apple first launched the service in late March, it was initially only available to users in  U.S., UK, Australia, Ireland, and New Zealand. Today we’ve confirmed that Canadian users now have access to the feature, while we’ve also received tips from users in Argentina & Pakistan signalling that the feature is beginning to roll out in other countries as well.

Apple has yet to update its FAQ for two-step verification but does note that additional countries will be added and that users will notice the option “automatically appear in the Password and Security section of Manage My Apple ID when you sign in to My Apple ID.”

One thing to keep in mind for new users of two-step verification, Apple is still only supporting SMS-based verification codes for the initial launch countries. That means users in Canada and additional countries added will have to verify one of their iOS devices as a “trusted device” in order to receive a verification code through the Find My iPhone app and access their Apple ID.

Apple rolled out the two-step verification feature, which requires users to enter a unique verification code sent to a trusted device in order to access their Apple ID, in late March just as a major security hole in Apple’s account management was discovered.

Let us know in the comments if you notice the option to enable two-step verification in your country.

You can learn more about two-step verification here.

Just enabled two-step verification on my Apple ID. I feel much safer now. 😊

@9to5mac Available in the Netherlands too. pic.twitter.com/MNdCwsIWXp

@9to5mac Hi there. Just a heads up. Two-step verification has just appeared for my Brazilian Apple ID account as well. Cheers.