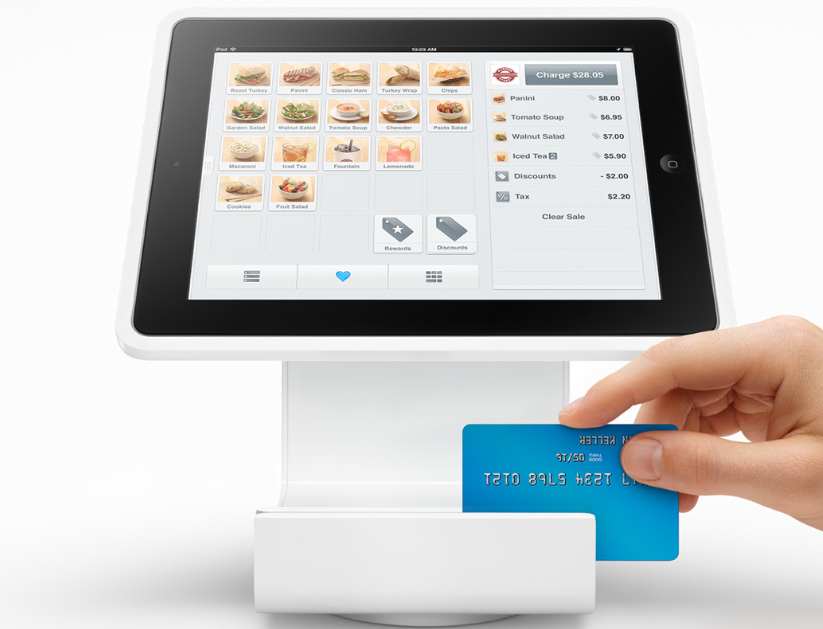 Square Stand features the familiar credit card reader that made Square so popular with smartphone and tablet owners. The stand looks to replace traditional POS cash registers by mounting an iPad in a stylish case that resembles Apple’s iMac desktop computers.

Square can already replace your cash register with its Square Register app, which the Square Stand relies on, but the new hardware offers a more professional appearance while allowing vendor to lock their iPads to their counters more easily.

Square Stand is available for pre-order for $299 and will ship the week of June 8th.

The new hardware, which uses Apple’s 30-pin connector, supports the iPad 2 and 3 at the time of launch, but a Lightning version should come later this year. Square also offers other hardware, including a cash drawer, receipt printer, and barcode scanner, which is available for purchase now..