Opinion: What can we expect from the elusive Apple Television? 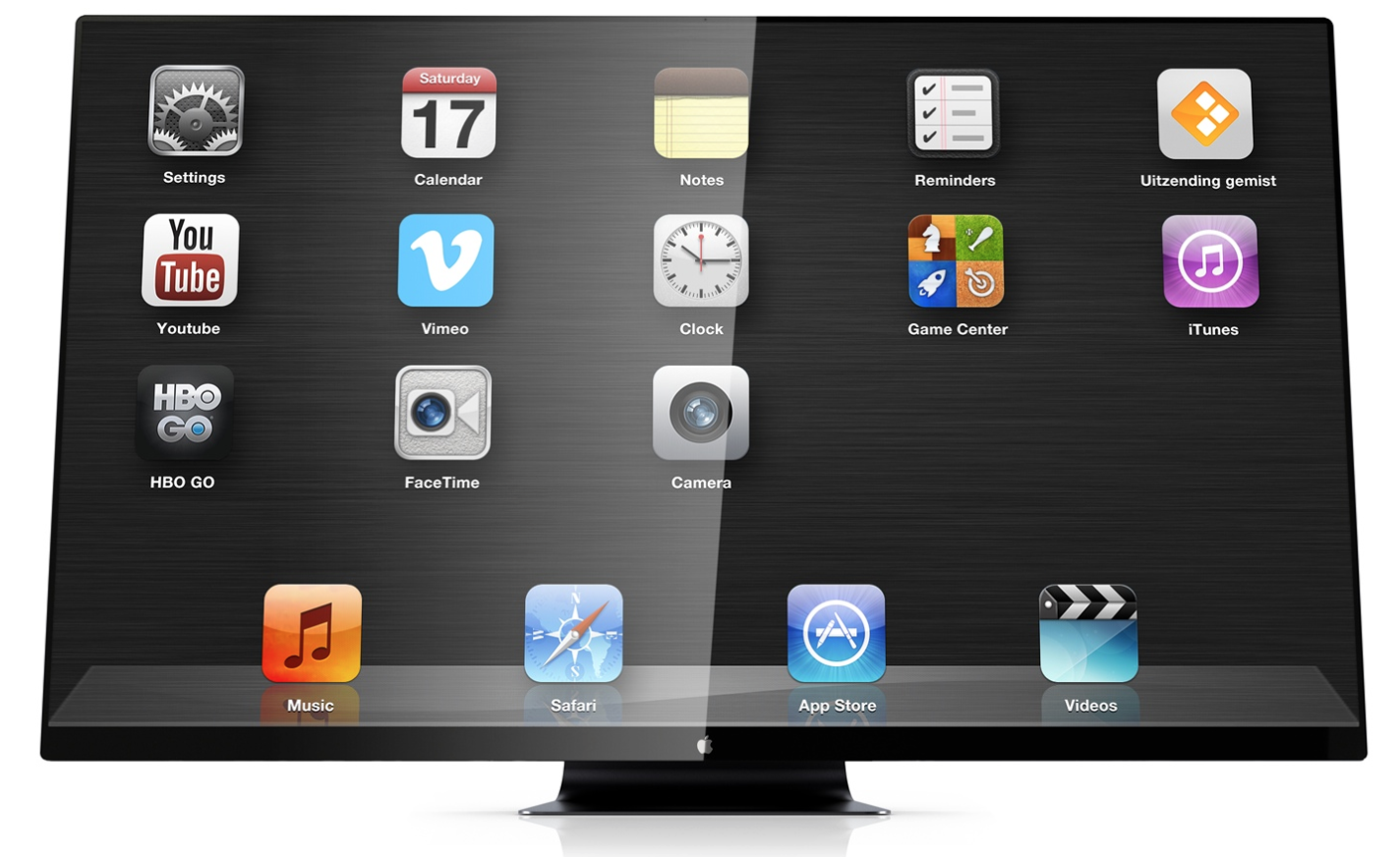 Having recently speculated on what Apple might have planned in the way of 4K displays, I thought I’d build on that to think about what it might have in store on the television front.

If you didn’t read my 4K piece, the tl;dr version is I think Apple will launch a 4K Thunderbolt Display in about a year’s time, once it has a new generation of MacBook Pro models able to drive one (or preferably two) at a decent frame-rate.

There would be some logic to keeping the two boxes separate. From Apple’s perspective, it would only have to make one 4K display, and from the consumer perspective you’d have something that was more flexible and upgradeable. But I don’t see Apple going that route, for three reasons.

First, your average mass-market consumer isn’t going to see that as an Apple television. Say ‘home Mac’ to most people, and they think iMac, not Mac Mini plus Thunderbolt Display. Similarly, say ‘Apple Television’ and your average Joe is not going to think of an Apple TV box and a computer monitor.

Second, the screen sizes that make sense for displays and televisions are different. A 31.5-inch screen is a pretty big monitor but a rather small TV. For 4K TVs, 55- and 65-inch seem to be emerging as the two sizes of choice. A 55-inch monitor would be overwhelming.

Perhaps I’m wrong on that point. It wasn’t too many years ago that people had 27-inch televisions, so perhaps in a few years people will view 27-inch monitors as similarly quaint throwbacks. Maybe in a year two so we’ll all be using 55-inch monitors. I wouldn’t rule it out. 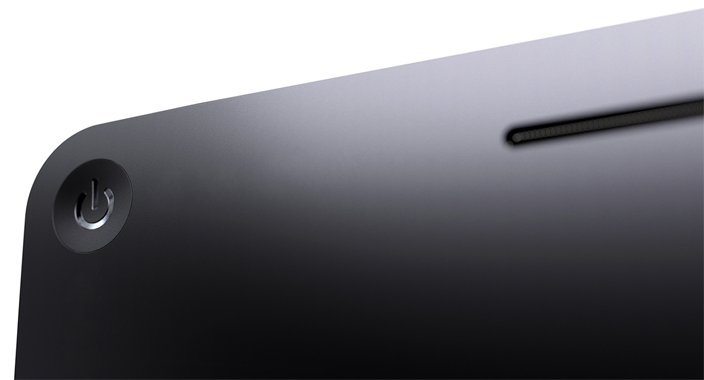 But there is a third, more compelling argument in favour of a self-contained Apple Television. Expectations. Not just selling something that is obviously a television to the guy in the street, but making something special enough to meet expectations.

An Apple television has been a long time coming, and the longer it takes, the more people will expect it to wow them. In Apple’s language, it has to be magical. However gorgeous it makes the casing, Apple can’t just hook up a slightly-improved Apple TV box to a 4K display and call it good.

For that matter, it also can’t just put the innards of the Apple TV box inside the casing of the 4K display either. It has to deliver something way more, and that something is pretty much guaranteed to include the user-interface.

Let’s face it, remote controls – even pretty touchscreen ones – are 20th Century tech. Reinventing user-interfaces is what Apple is all about, so it’s unimaginable that it wouldn’t do this to television. 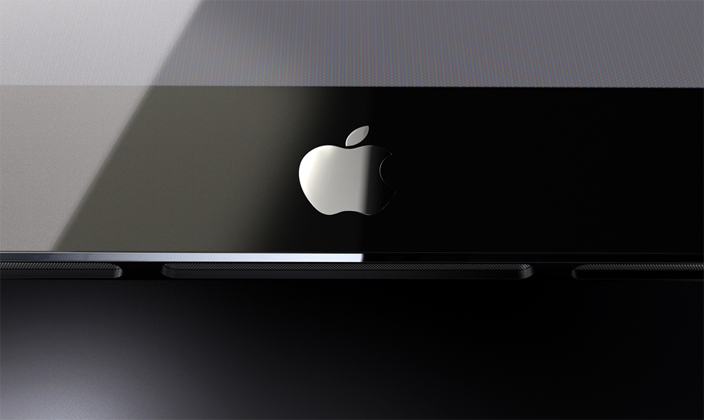 There’s been a lot of speculation about what form that new UI might take. Siri has been talked about a lot. “Siri, run the next episode of How I Met Your Mother.” “Siri, record the rest of this series for me.” Clean, simple, hi-tech. I can see that as a distinct possibility.

But I don’t think it’s enough on its own. Siri isn’t cutting-edge any more. It’s useful technology, and friendlier than that old-fashioned remote, but voice input is now mainstream, not magic.

Gestures have also been discussed. A Leap Motion style approach, allowing us to point at things on the screen, flip through channels with the wave of a hand, that kind of thing.

If I had to guess, I’d say a combination of the two: voice and gesture. But whether I’m right or wrong on the specifics isn’t important. The key point is that ‘magical’ is likely to require hardware that the 4K Thunderbolt Display won’t possess.  Hardware that Apple will want to keep unique to the television. 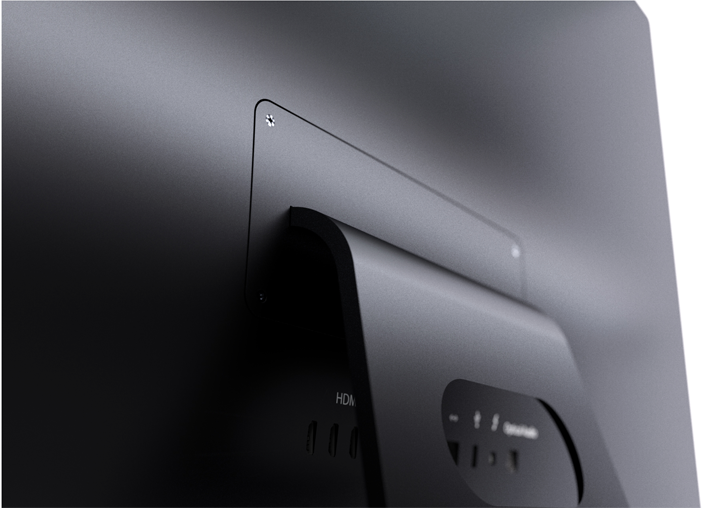 So, what do I expect? Two models, 55-inch and 65-inch, both 4K, both self-contained. All the existing Apple TV functionality, a whole bunch of new content tie-ins – and a user-interface good enough to make us go ‘wow’.

Pricing? Not quite at Bang & Olufsen levels, but not at Sony levels either. I’m expecting a second ‘wow’ when we see the price, and unfortunately I don’t mean that in a good way.

And the existing Apple TV box? The one Steve Jobs always described as a hobby? I suspect it will become the 16GB iPad 2 of the television range. I expect it to hang in there for some years as an entry-level product, but offering none of the pizzazz of the real thing.

All concept visuals are from the excellent Martin Hajek