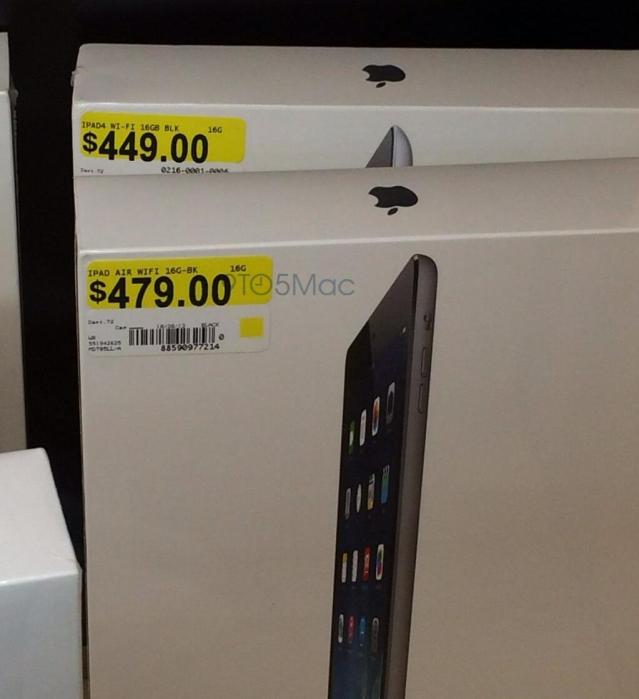 iPad Air units have begun arriving at Apple Stores and resellers across the world ahead of this Friday’s official launch, according to several sources. Additionally, a reader has spotted iPad Airs arriving at Walmart locations (see images above and below) and the device seems to have already been placed inside one store’s glass casing for iPads. The special $479 price point can be seen on the sticker in the photo above.

At Apple Stores, we’ve heard that multiple large stores across the United States have already received upwards of 500-1000 units, indicating that the supply of the new tablet will likely be plentiful at launch. We’ve heard similar from international iPad resellers, with some chains indicating that they will have a solid number of iPad Airs on tap for Friday. These stores say even more supply is promised for the next couple of weeks…

The iPhone 5s notably launched with large supply constraints, with many potential customers unable to secure the storage capacity and/or color of their choice on the September 20th launch day or several days afterward. It seems likely that the same problem will not occur on November 1st. Apple is said to be allowing customers to order their iPad Air online and pick it up in-store after 12PM beginning on the 1st. 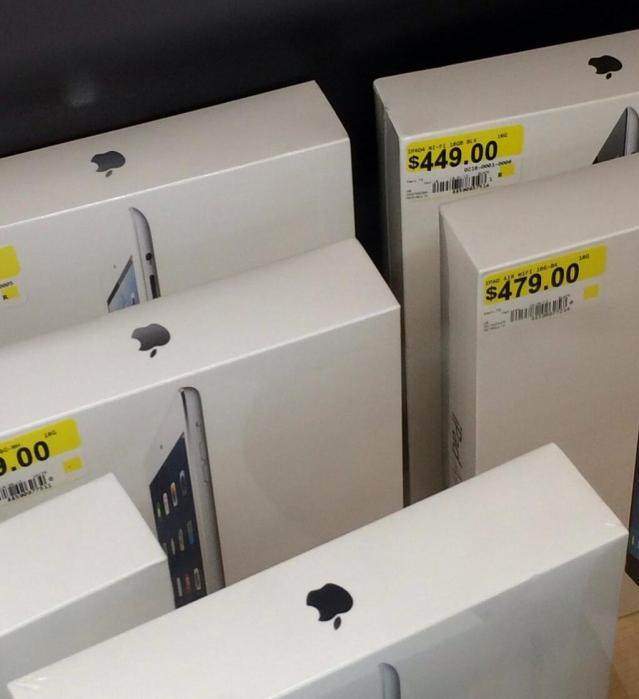 We also understand that the iPad Air will be available for business discounts on day one, which reportedly has not been offered on launch day for any previous iPad.

The iPad Air is a substantial update over the preceding fourth-generation iPad, and it includes a thinner and lighter design, stronger A7 processor, and comes bundled with iOS 7. Apple is launching the iPad mini with Retina display later this month, and that device is said to be seeing constraints due to manufacturing issues with displays.