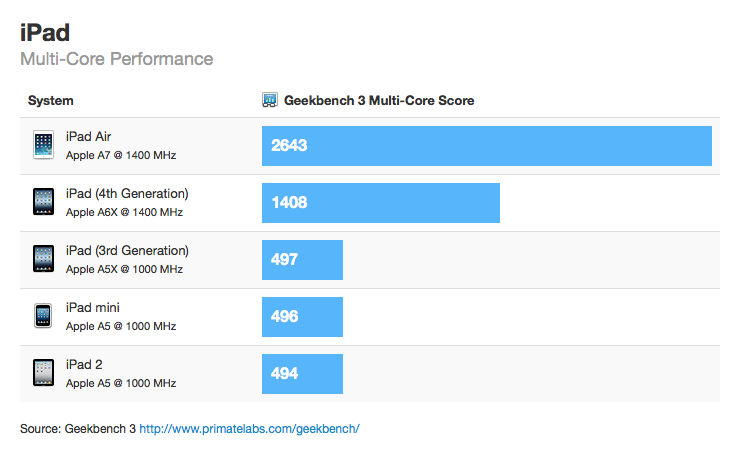 Apple’s claims that the iPad Air is around twice as fast as the iPad 4 have been validated by Geekbench scores posted by Primate Labs. The iPad’s multi-core performance score increased by 88 percent, while the single-core performance jumped by 90 percent …

Geekbench 3 is a set of processor speed tests based on real-world tasks, and so reflecting the performance a user can expect to experience in everyday use. 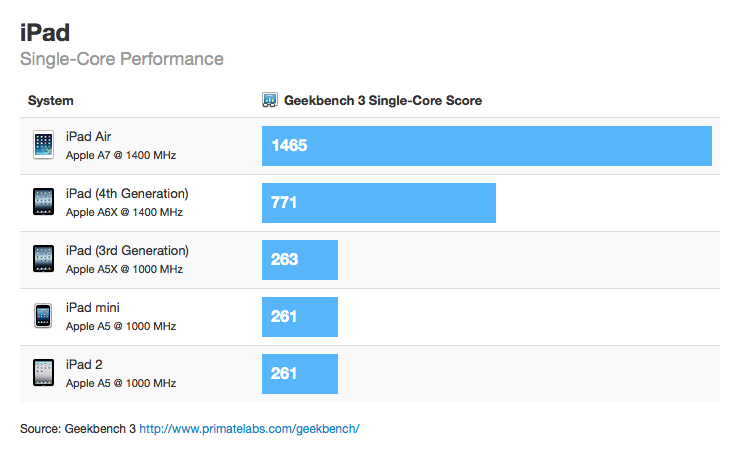 With these kind of results, it’s perhaps unsurprising that Intel is joining the ARM party. CNET reports that the chipmaker has just announced it will be making its own 64-bit ARM processors, though it plans to push even further ahead: its chip will be quad-core, rather than the dual-core of the A7. Intel last made ARM chips back in 2007, when they were used in the Blackberry and Palm smartphones. 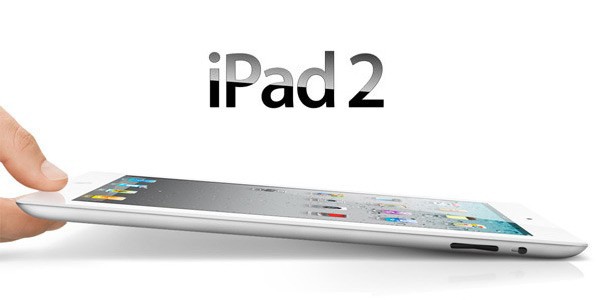 The benchmarks also reveal the dramatic difference between the iPad 2 – which Apple has retained as an entry-level full-sized iPad – and the Air: the Air is more than five times faster!

Primate Labs wonders why Apple has chosen to retain the older model given a relatively small price difference. We suspect it’s a decision heavily influenced by the education market, a key focus for Apple, where a difference of $100 per student adds up to substantial sums.

Primate Labs show that Apple has pushed the A7 chip in the iPad Air to 1.4GHz, 100MHz faster than the iPhone 5s, and speculates that this is due to the larger battery, larger chassis (allowing for better cooling) or a mix of the two. As mentioned in our review roundup, AnandTech’s tests suggest the latter may be a significant factor, performance in heavy-duty tasks dropping off only slightly over time compared to the iPhone 5s. 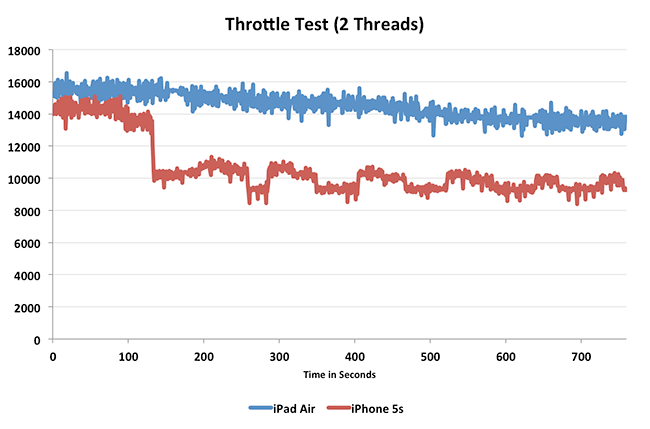 With this rate of progress, talk of future Macs running ARM chips instead of Intel ones does start to look a little less far-fetched. If the annual performance gains could be maintained, we’d have an ARM chip beating the performance of this year’s MacBook Air in less than three years. 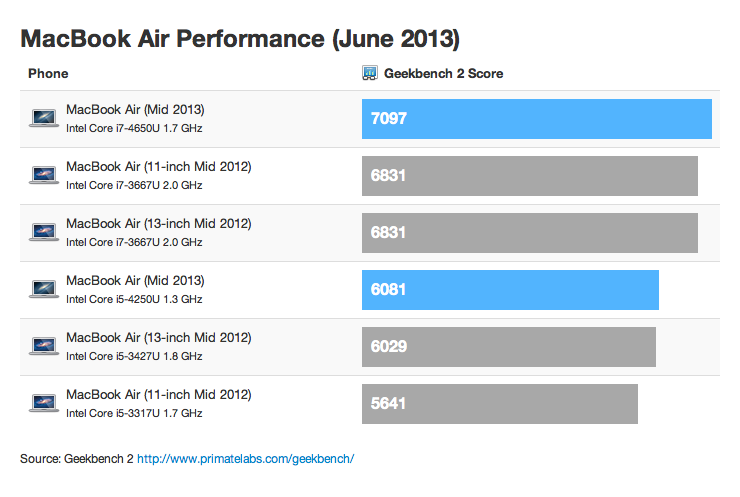 Of course, by then Intel performance would also have advanced significantly, but the idea of ARM chips closing the gap doesn’t look to be an entirely crazy one.