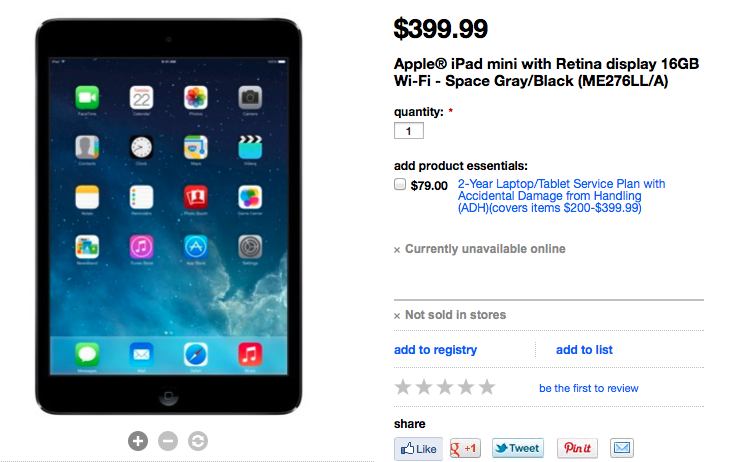 Target has posted its listing for the Retina iPad mini (via MacRumors) with a release date of November 21st, though we believe this is more than likely a speculative date as retailers like Target don’t usually get such early information. The previous-generation LTE iPad mini launched on November 21st, 2012, so it’s quite possible that this date is based on that.

Apple noted during the Q4 2013 earnings call that the tablet would be available “later in November,” but didn’t give a specific date. In the past, Apple’s definition of “later” in the month has been sometime during the last week.

As other retailers begin listing upcoming Apple devices on their stores, we’ll likely see a variety of availabilty dates, but each will be an educated guess at most. November 21st is also a Thursday, and Apple typically sticks to Fridays for major device launches. 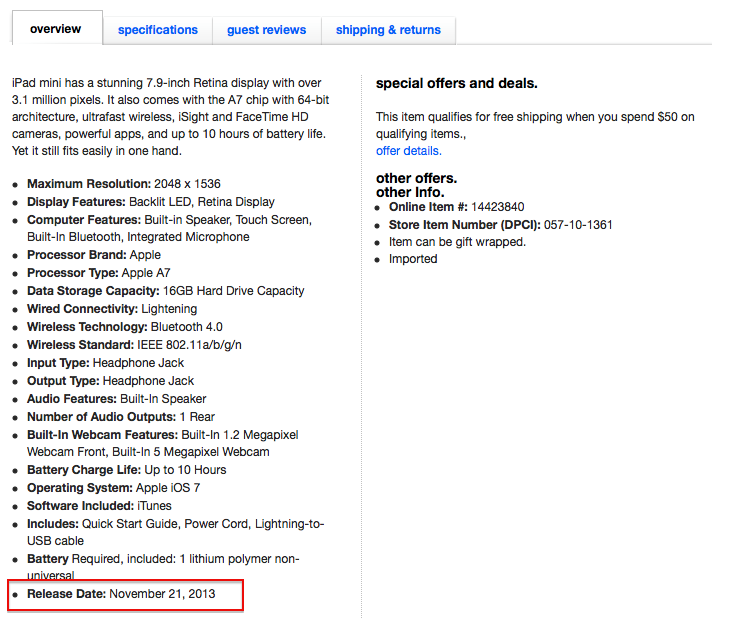