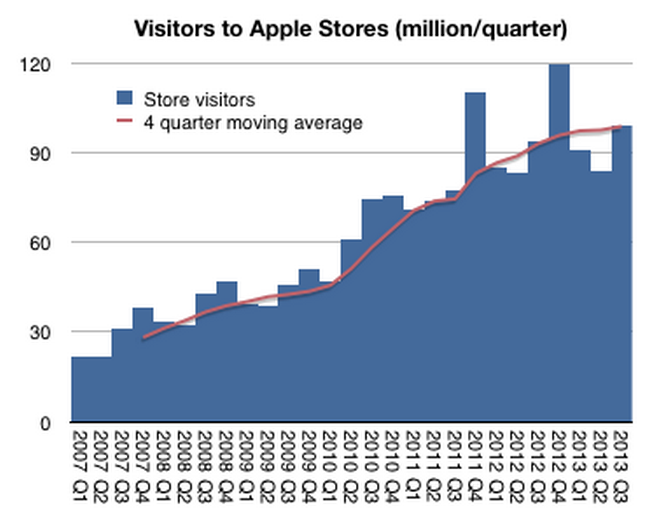 Asymco’s Horace Dediu has put together a couple of charts showing that while the number of visitors to Apple’s retail stores continues to climb, the rate of growth is flattening off.

The underlying reason appears to be a slow-down in the rate at which Apple is opening new stores, as the average number of visitors per store has remained stable for the past three years … 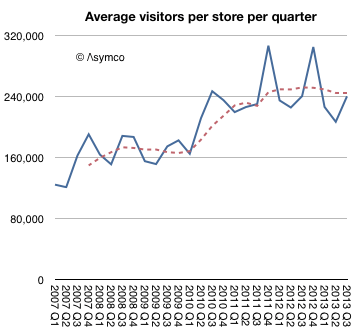 Dediu also observes that the average spend-per-visitor has remained pretty constant at around $50 – Apple’s latest SEC filing shows that average revenue per store dipped marginally, from £51.5M to $50.2M.

Looking at the filing, we noted that while Apple opened 26 new stores in the last fiscal year, it added only 400 new retail staff during the same period, suggesting that full-time retail employee headcount per store may have been reduced.

All of this suggests that perhaps Apple slightly dropped the ball during its extended period without a retail head. With the appointment of Angela Ahrendts, and the “iPad Christmas” coming our way however, we’d imagine things are going to change.