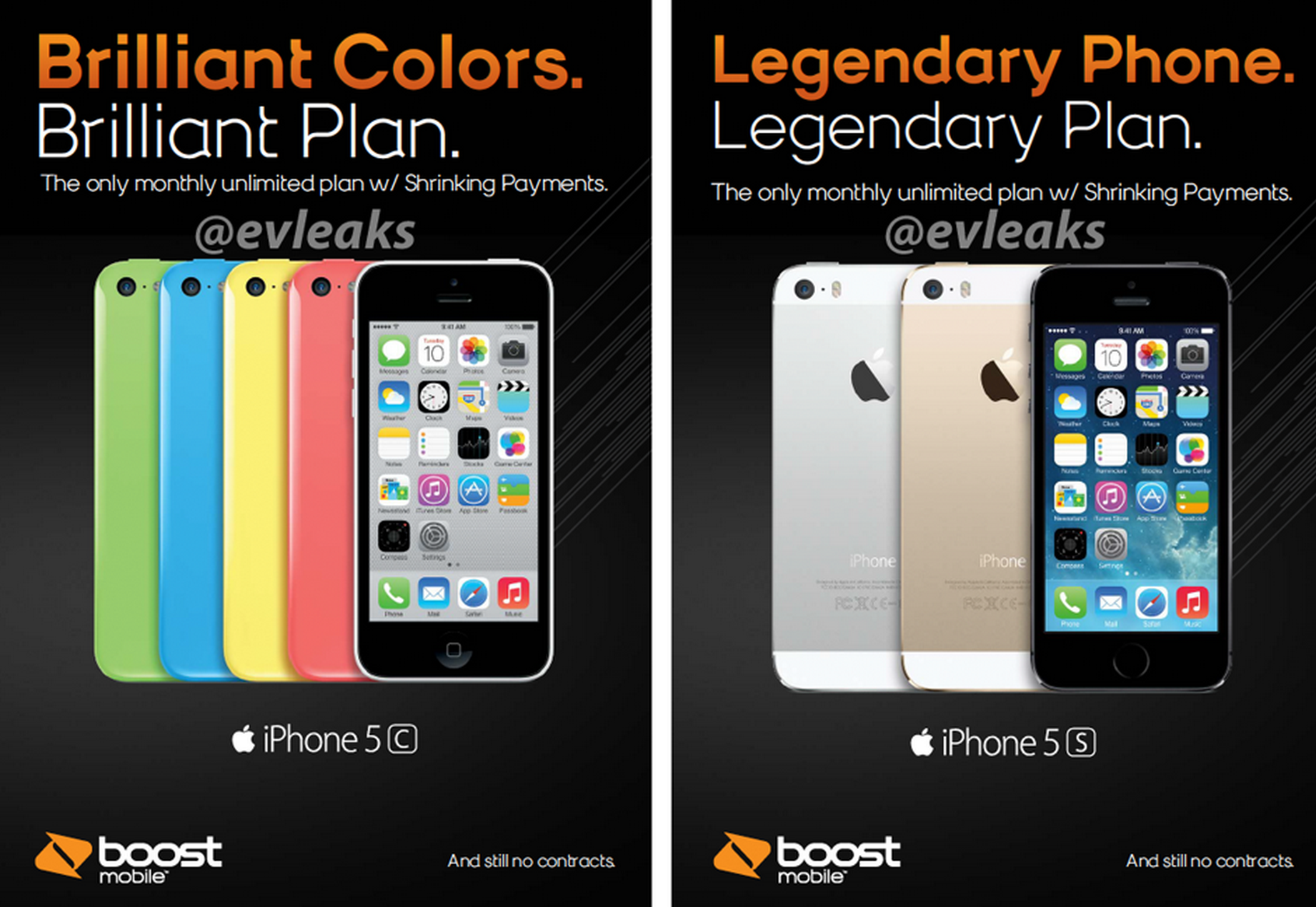 Boost Mobile, a prepaid subsidiary of Sprint, today announced pricing for its upcoming iPhone 5s and iPhone 5c launch next week. While the carrier previously announced that the device would arrive on Nov. 8, today it confirmed pricing for the two new iPhones will start at $100 off the usual retail price. Much like what’s on offer from another Sprint subsidiary, Virgin.

Boost Mobile also noted that it will be making the iPhone 4S available for $299.99.

All of the new iPhones will run on Boost Mobile’s $55 Monthly Unlimited no contract plan on Sprint’s 4G network.