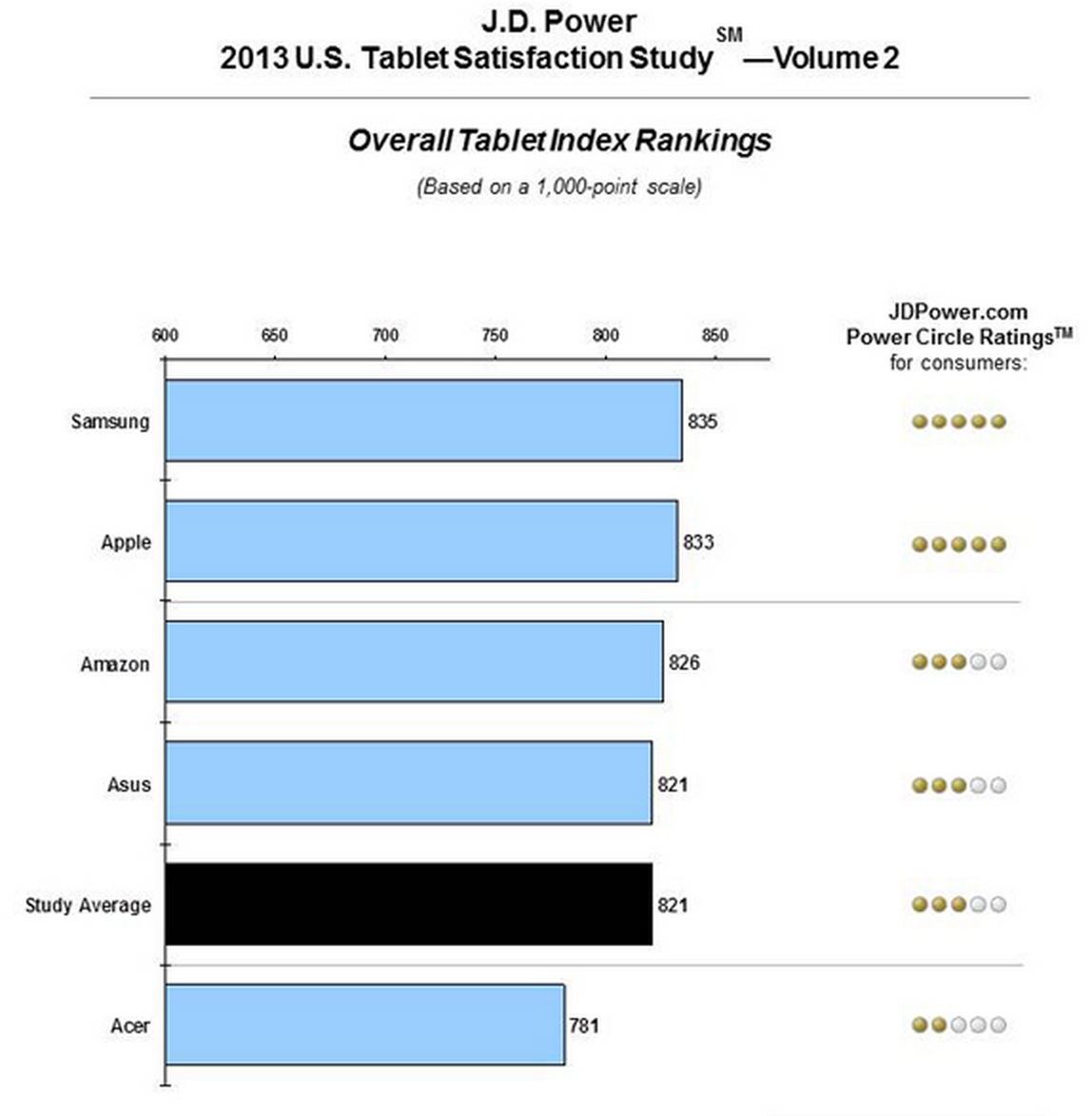 “Samsung Ranks Highest in Owner Satisfaction with Tablet Devices” was the headline on JD Power’s latest U.S. Tablet Satisfaction Survey, with the above table showing that Samsung taking the lead from Apple by two points.

Yet when you look at the ratings that make up the individual scores, as Fortune did, that isn’t what they show at all. The six scoring categories are Overall Satisfaction, Performance, Ease of Use, Physical Design, Tablet Features and Cost. Samsung beats Apple in exactly one of those categories: cost …

Here are the scores: 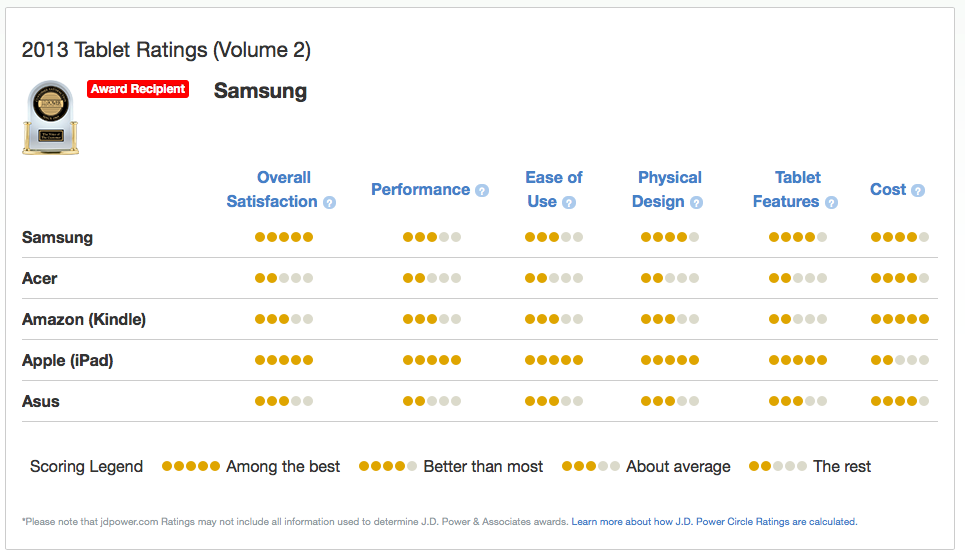 So, Samsung wins on cost (shocker). The two companies tie on overall satisfaction. Apple wins on everything else. Apple racks up 22 points, Samsung 18. Yet somehow that gets translated into a Samsung win?

We’ve also asked JD Power for an explanation, and will update if & when we hear back. In the meantime, it has us wondering about those smartphone scores back in August …

It’s important to note that award is given to the brand that has the highest overall score. In this study, the score is comprised of customer’s ratings of five key dimensions or factors. To understand the relative rank of brands within each of these five dimensions we provide consumers with PowerCircle Rankings, which denote the brand that has the highest score within each factor regardless of how much higher their score is.  In the case of Apple, although they did score higher on four out of five factors measured, its score was only marginally better than Samsung’s.  At the same time, however, Apple’s score on cost was significantly lower than that of all other brands. As such, even though its ratings on other factor was slightly higher than Samsung’s,  Apple’s performance on cost resulted in an overall lower score than Samsung.

Can’t show you the actual scores but the process is as follows: