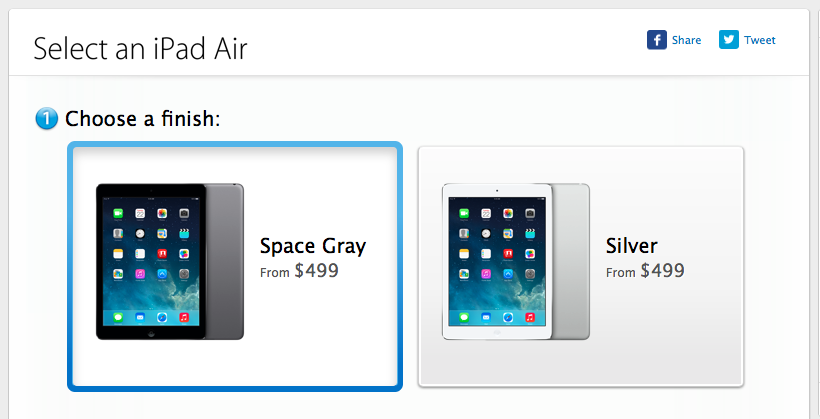 The Apple Online Store has just come back online after about two hours of downtime in preparation for the iPad Air launch in the United States. All four major carriers are also offering the fifth-generation iPad on their own stores.

The iPad Air is the newest version of Apple’s iconic tablet. The latest model features the same 64-bit A7 processor found in the new iPhone 5s, improved cameras, and a new form factor that’s thinner and lighter than the previous generation. It ships with Apple’s new iOS 7 software. Pricing starts at  $499 for the Wi-Fi model with 16 GB of storage and goes up to $929 for the 128 GB LTE-equipped model.

Unlike the iPhone 5s, which faced supply constraints at launch, Apple is expected to be able to meet demand for the new iPad and is taking steps to ensure that every customer has a chance to get one at their convenience. You should be able to grab one from the Apple Online Store, or through the AT&T, Verizon, Sprint, or T-Mobile websites, or certain region carriers.

If you’d rather get one today instead of waiting for it to arrive, you can try your local Apple Store or the carrier outlet of your choice. Bear in mind that even though people have been standing in line at many stores since last night, Apple will hold some of each model for customers later in the day.