Apple to build new manufacturing facility in Arizona with solar-power, will create 2000+ jobs 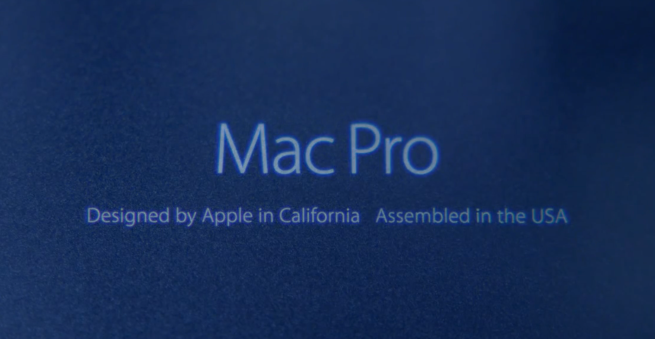 The State of Arizona today announced that Apple is planning to build a new manufacturing facility in the city of Mesa, Arizona. The facility will create 700 jobs for manufacturing, and an additional 1,300 jobs for the construction and management of the new facility, In total, Apple will be bringing at least 2,000 new jobs to the United States thanks to this new facility.

“Apple is indisputably one of the world’s most innovative companies and I’m thrilled to welcome them to Arizona,” said Governor Brewer. “Apple will have an incredibly positive economic impact for Arizona and its decision to locate here speaks volumes about the friendly, pro-business climate we have been creating these past four years. Their investment in renewable energy will also be greening our power grid, and creating significant new solar and geothermal power sources for the state. As Governor, I’ve worked hard to demonstrate that Arizona is open for business. Today’s news is proof that’s paying off.”

Neither the State government nor Apple have announced the purpose of the facility, but it will likely have to do with expanding the technology’s company’s new initiative to bring manufacturing back to the United States. For the past several years, Apple has produced its hardware products in Asia-based manufacturing facilities, but beginning this fall, the computer maker will build new Mac Pro models in Texas. Perhaps this new facility in Arizona will assist the Texas operations in building Mac Pros and build other new versions of Apple devices.

With the new Mac Pro, we assemble the entire product and machine several of its high-precision components in the United States. By leveraging the innovative power of industry-leading companies in Texas, Florida, Illinois, Kentucky, and over a dozen other states across America, we’re able to build a product that’s impeccably constructed and beautiful in every detail. In other words, exactly as it was envisioned by our designers and engineers in California.

It appears that the facility will be used to manufacture sapphire crystal, based on an announcement from an Apple component supplier.

The company also announced that it has entered into a multi-year supply agreement with Apple Inc. to provide sapphire material. GT will own and operate ASF® furnaces and related equipment to produce the material at an Apple facility in Arizona where GT expects to employ over 700 people. Apple will provide GT with a prepayment of approximately $578 million. GT will reimburse Apple for the prepayment over five years, starting in 2015.

Apple uses this material to create the camera lenses in recent iPhone models, for example. Additionally, it is used to protect the Touch ID fingerprint scanner in the iPhone 5s.

Last month, we reported that Apple is opening up a large facility in Pennsylvania to manage East Coast AppleCare repairs. This facility will also likely create hundreds of new jobs in the United States.

Apple has commented on today’s announcement:

“We are proud to expand our domestic manufacturing initiative with a new facility in Arizona, creating more than 2,000 jobs in engineering, manufacturing and construction. This new plant will make components for Apple products and it will run on 100% renewable energy from day one, as a result of the work we are doing with SRP to create green energy sources to power the facility.”