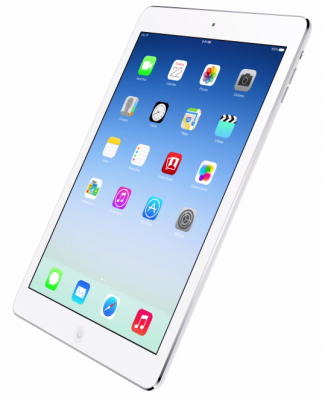 While we haven’t received first weekend sales numbers from Apple yet, AT&T has just released a statement on iPad activations noting that it witnessed a 200% increase in iPad activations compared with last year’s launch:

“iPad activations on AT&T increased more than 200% over the past three days compared to last year’s launch weekend, driven by consumer excitement around the new iPad Air and the popularity of AT&T Mobile Share, which lets customers add an iPad to their existing data plan for just $10 a month.  We also saw strong demand for AT&T Next, which offers customers an iPad for $0 down on the nation’s fastest and most reliable 4G LTE network.”

Apple hasn’t announced official numbers for its new iPad Air. It could perhaps be waiting for the iPad mini with Retina display to go on sale for that, as last year the company announced combined first weekend sales of three million units for the iPad mini and fourth generation iPad. Those three million units didn’t include cellular models, however, which didn’t ship initially alongside WiFi only models with AT&T’s launch taking place weeks later. The three million units beat out Apple’s previous record of 1.5 million Wi-Fi only units of the iPad 3, which was the last iPad launch that included just one new device.

We’ve confirmed AT&T’s 200% number is referring to the iPad 4 and iPad mini launch, not iPad 3, which is slightly unfair given the fact cellular models of those devices had a soft launch weeks after Apple’s opening weekend of sales of WiFi models.

Earlier today, we reported that Fiksu has been tracking iPad Air adoption over its first weekend of sales and found overall adoption to be outpacing iPad 4 and iPad mini launches from last year by approximately four to one.