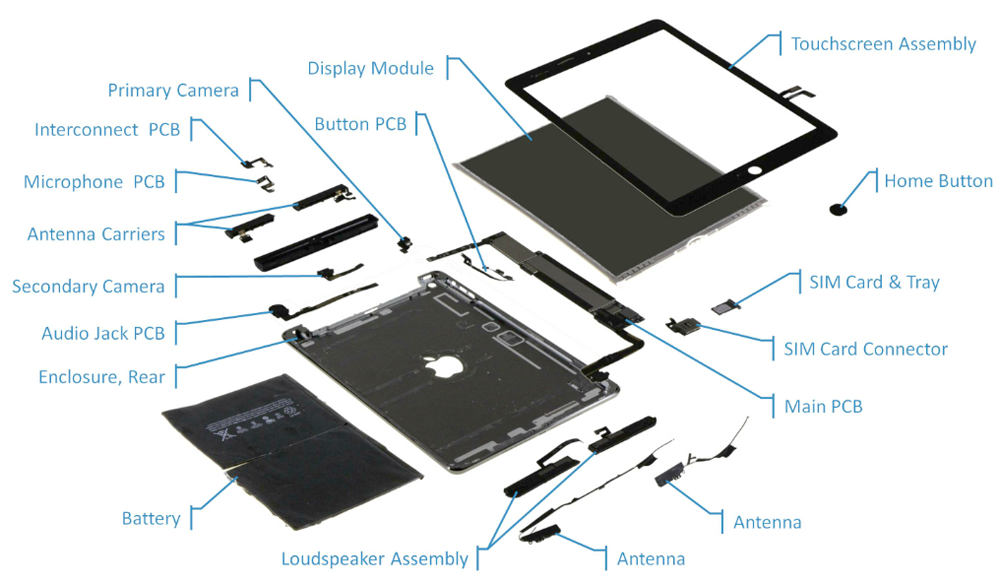 Research firm IHS, which previously dismantled the iPhone 5s and 5c to calculate component costs, has now done the same with the iPad Air.

It concludes that while the technology in the iPad Air is significantly more advanced than in the iPad 3 (for some reason the company skipped the iPad 4), the total production cost is actually lower, reports AllThingsD.

The display and touchscreen assembly is significantly more advanced than earlier models, with a higher combined production cost of $133, says IHS.

For the touchscreen bit, there’s a new type of sensor known as a cycle-olefin polymer (COP) sensor that sits underneath the outer layer of Gorilla Glass that users touch. What used to require two layers of glass now requires only one. The result, the whole assembly measures out to 1.8 millimeters thick versus 2.23 millimeters on the third-generation model.

There’s also fewer LED lights providing the backlighting to the display than before. The brightness that once required 84 LED lights, is now being accomplished with only 36.

The lighting trick appears to be achieved by a combination of the thinner screen assembly (thus less dimming) and an optical film used to spread the lighting across a wider area, though it’s also possible that the LEDs are more powerful.

IHS says that Apple also managed to achieve something with the iPad Air that it tried but failed to do with the iPhone 5s and 5c: use a single set of wireless chips to allow the same model to be used on any U.S. carrier. This allows Apple to benefit from economies of scale. IHS says Apple was unable to do the same with the latest iPhones as there simply isn’t enough room in the casing to accommodate all the chips needed.