Yesterday, it was announced that Apple has chosen Mesa, Arizona as the location of their upcoming sapphire crystal manufacturing facility, possibly bringing the material beyond lens covers and Touch ID buttons to full-on displays. Once the location had been discovered, I decided to take a quick trip to the manufacturing facility to see it first-hand. Thanks to some friendly security, I only got so far, but I was able to glean some details from what I saw and heard.

While the “First Solar” branding remains all over the building and signs, it’s evident that Apple has already begun construction on “projects” within the building. First Solar was reported to have been selling the facility for over $100 million. While the signs still say that there is a visitor center, the building has already been closed off and a full security staff is escorting any visitors out of the location (“it’s private property”). Interestingly enough, the security staff kept telling me that I could leave a resume and cover letter at the front inbox if I wanted to. One person on the location told me they were sworn to secrecy and couldn’t tell me who he worked for and was explicitly told not to speak to press about any happenings. Doubling down on secrecy – maybe it’ll actually work at Apple’s US facilities?

The location is right near many large neighborhoods and across the street from a quiet park – great for the over 2,000 new jobs that will be created in the area.

In addition, there is plenty of growing space right next door, if Apple decides to grow in the area… or this could be the home of all of the solar panels that will be powering the facility and pushing energy back into the grid.

The nearby streets also  fresh gravel and plants – it appears the city and state did a great job sprucing up the place for the Apple decision makers. 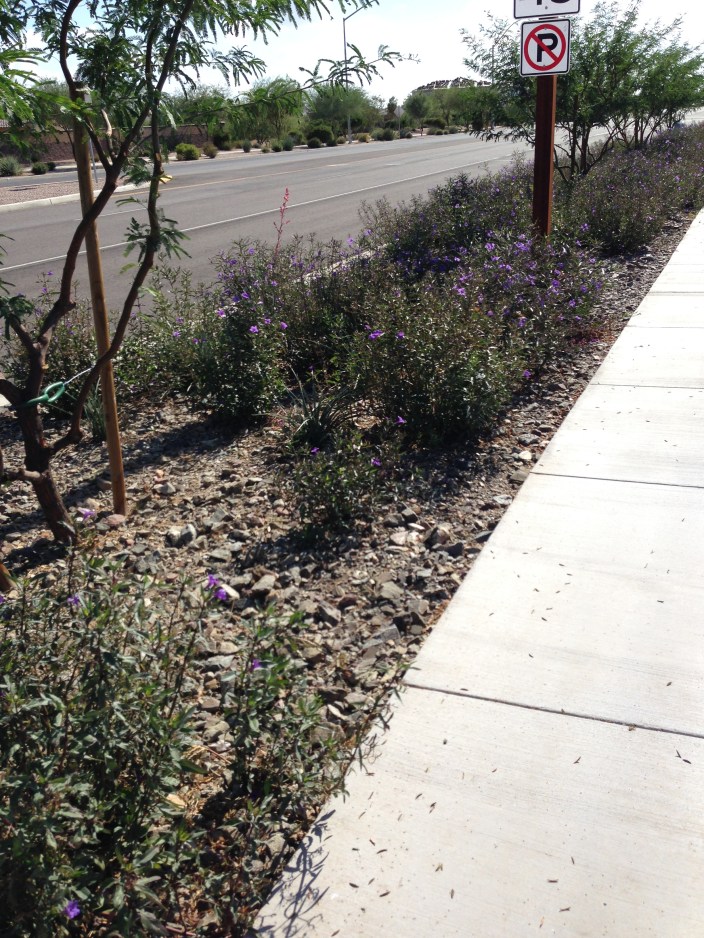 While my visit was short-lived at the new facility, it’ll be amazing to see the sprawling parking lots filled with hundreds of new employees in the coming years.

Last night, additional details about the facility and Apple’s deal with GT Advanced Technologies were announced in a press release.

Apple uses sapphire glass to protect the camera on its iPhone and may use the material in the future on device displays, according to industry reports.

GT specializes in “crystal growth equipment” for consumer electronics and other industries. It said on Monday it signed a multiyear supply agreement with Apple to provide sapphire material, which has in the past been used in watches, optical instruments and integrated circuits. There have been reports that device makers are looking at sapphire crystal for use in screens.

GT said it will own and operate the furnaces to produce the sapphire material, but Apple will own the Arizona facility.

PocketNow.com posted a video earlier with a tour of GT’s Massachusetts facility where the company was working on the technology for displays 2.5x stronger than Gorilla Glass. In the video, the furnaces are shown in detail. Matching that up with the press release from above, it appears that these display-creating furnaces will be creating Apple’s upcoming smartphone displays that will be extremely scratch-resistant.