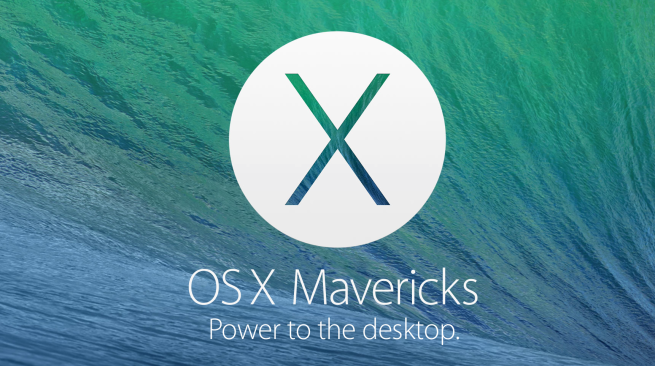 Apple has seeded two software upgrades for OS X Mavericks internally, according to a source with knowledge of the upcoming updates. This person says that the updates are labeled as OS X 10.9.1 and OS X 10.9.2. The first update is expected to be released later this month, and it will serve as an update to squash bugs that accompanied the OS X 10.9.0 release of Mavericks last month. Many users have complained about issues relating to the Mail and iBooks applications, and Apple is preparing to release individual bug-fix updates for those apps in the coming days…

OS X 10.9.1 is codenamed “Board,” according to the source, and is yet to be seeded to AppleCare employees. It is still solely being tested within Apple’s software engineering teams. Also in testing, the source said, is OS X 10.9.2. That release is codenamed “Carve,” and it’s likely to include more bug fixes, and perhaps minor feature enhancements. Both OS X 10.7.2 and OS X 10.8.2 were updates to Lion and Mountain Lion designed to increase feature-parity between iOS and OS X. OS X Mavericks is currently lacking support for iOS’s iMessage blocking feature and FaceTime Audio, so it seems plausible that OS X 10.9.2 could add those features.

According to a source, Apple is also seeding the next-generation Mac OS (OS X 10.10 “Syrah”) to even more employees internally. Apple has increased the amount of builds it releases of the operating system each week, this person says, and the operating system is at around build number 60. As we previously reported, Apple is expected to enhance the look of the Mac OS to bring it more in-line with the changes found in iOS 7. As with its last couple of predecessors, it would make sense for Apple to debut 10.10 at its next developer conference (WWDC). Also in the works, sources say, are updates to iOS 7, including another bug-fix release and an update to add the previously-announced “iOS in the Car” functionality.