An Apple patent filing filed today suggests that Apple may be working on a way to make its long-rumored iWatch slimmer than existing offerings by reducing the size of the battery required.

One of the barriers to widespread adoption of smartwatches is that existing models are not exactly sleek. Technology lovers might be willing to put function ahead of form and put up with chunky devices, but the wider market buys on style first, technology second.

While the Bluetooth LE protocol used by existing smartwatches uses around half the power of classic Bluetooth (peaking at 15mA instead of 30mA), a constant connection in a device you won’t want to charge daily still requires a reasonably chunky battery. What Apple’s patent proposes is for an on-demand creation of a Bluetooth connection between two devices, one with radio capabilities (aka an iPhone), one without … 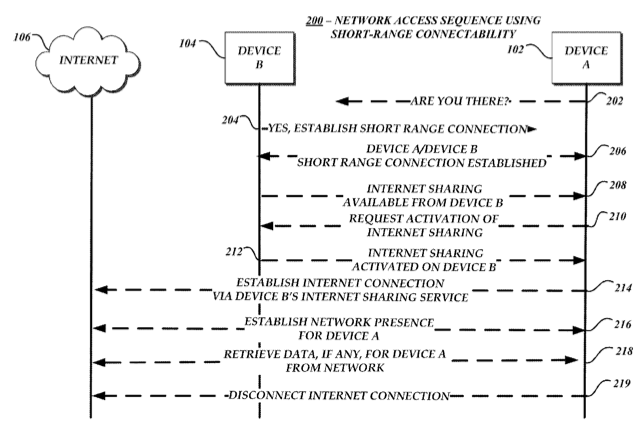 Apple’s offering is expected to major on fitness and sensor features. We provided a roundup of some of the more interesting iWatch concepts in August, and a Nike Fuel Band-style one last month. Google is also believed to be working on  a Nexus-branded smartwatch, likely to be released ahead of Apple’s iWatch.