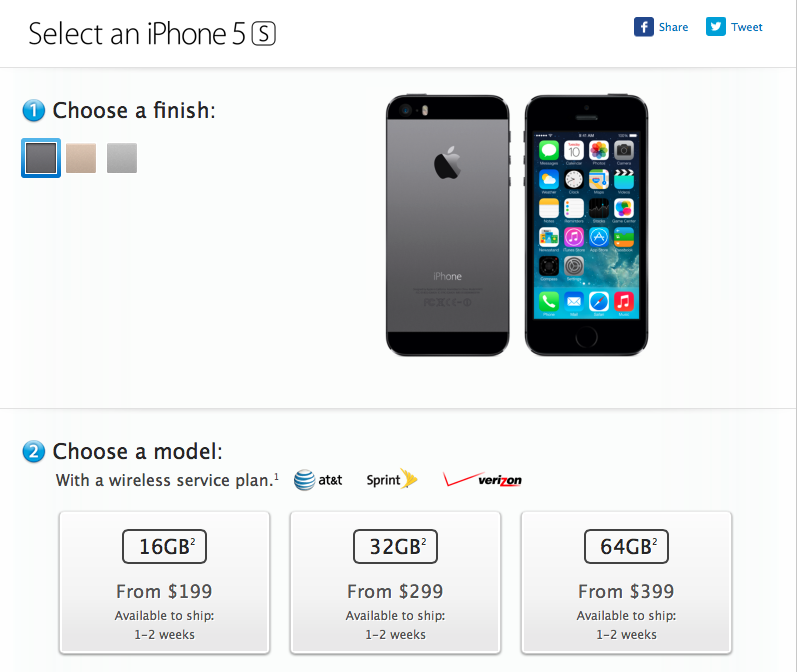 Shipping times on the iPhone 5s have improved great worldwide, as noted by iGen. Following the phone’s launch, supplies were heavily constrained and shipping times lagged. Apple seems to have finally caught up with the demand for its latest smartphone, however, as global shipping times today are down to just one or two weeks.

The iPhone 5c, which launched alongside the 5s, is still shipping within 24 hours of ordering. Supply for that model have not been nearly as limited as the 5s. This could be explained by claims that twice as many people are buying the iPhone 5s, though.