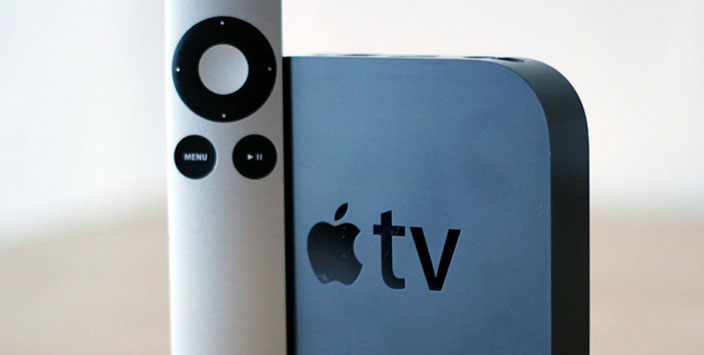 Ever since hearing that Steve Jobs had “cracked” the TV industry, Apple fans have been waiting for the day the company would release an actual television set. For now, Apple has given us the Apple TV set-top box, but some analysts now believe that Apple is gearing up to deliver an actual television in the next few years. Ming-Chi Kuo today noted that an updated Apple TV box running on Apple’s new A7 processor is expected in 2014, with an actual television set to follow in 2015 or 2016. The prediction also includes a warning that Apple TV sales will be limited unless Apple can find a way to integrate new TV services and content.

We expect Apple to launch a new version of the Apple TV with an A7 processor in 2014, and we forecast 2014 shipments to total 8.2mn units. Shipment growth will be limited unless Apple is able to integrate more TV content, services and its App Store, in our view.
We believe the slowdown in Apple TV shipments suggests Apple faces challenges in integrating TV content and services. If Apple wants to launch iTV, the challenges of integrating content and service are more difficult considering the different TV content ecosystems (e.g. cable operators) in various countries. Moreover, establishing an iTV supply chain is very costly. Thus we believe iTV launch will be delayed to end-2015 or early 2016 at the earliest.

Gene Munster said today that he also believes we will see an Apple-created television set soon, though his estimate puts the release in 2014. Other analysts have previously said that 2014 will be the year of wearable devices and that the “iTV” has been pushed back to accommodate that change in direction.

For 2014, an updated set-top box with faster hardware seems much more likely. 9to5Mac previously reported that such an update is already in development. That’s not to say that Apple isn’t exploring a television set. Last year the company was granted a patent for a TV navigation system and DVR. Before that they were rumored to be investigating voice-controlled systems for controlling a TV with an iCloud-powered recorder, which they later patented.

All of these developments seem to corroborate the idea that Apple is indeed working on a television set, but don’t expect to see anything next year. Ming-Chi Kuo’s prediction of a 2015-2016 release seems like a much more likely timeline.