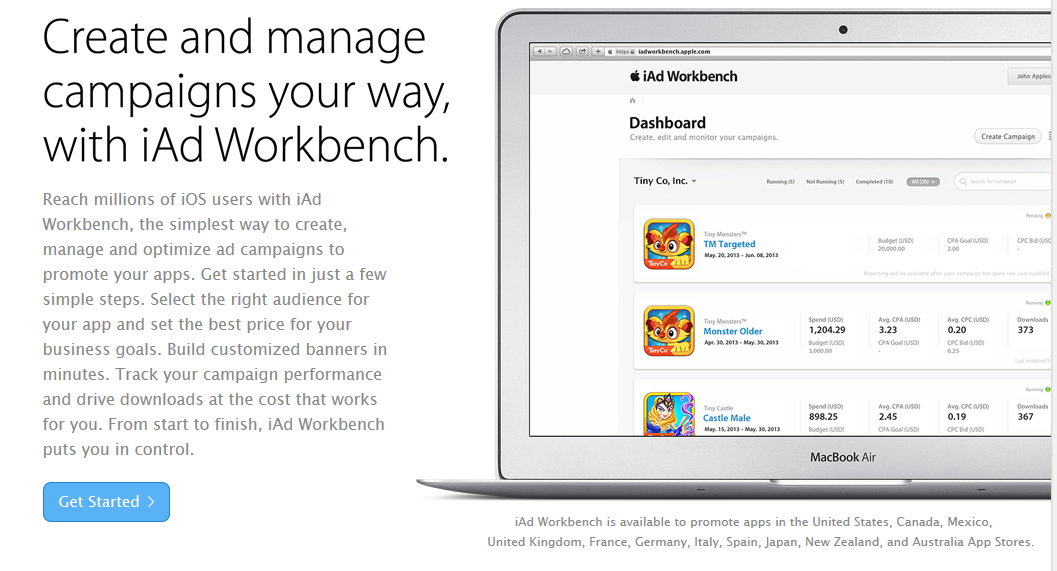 Apple debuted iAd Workbench in June, allowing developers to more easily purchase and control advertising for their own software through Apple’s iAd platform. Today, the iAd Workbench has been expanded into several additional countries, and is now available in the U.S., Canada, the U.K., France, Germany, Spain, Japan, New Zealand, Australia, Mexico, and Italy. App developers in those countries can now login to the Workbench tool and take fine control over how their apps are advertised through iAds.

Advertising can be targeted by age, gender, type of device, and even a user’s most-used app types, such as education or music. Budgeting tools and campaigns starting at only $50 make iAd Workbench much more suited to developers than before. Developers can create their own banners to appear in the ads and use the system’s statistics, which tie in with iTunes Connect, to judge the success of each campaign.