iOS market share continues to fall, but Apple unlikely to be worried 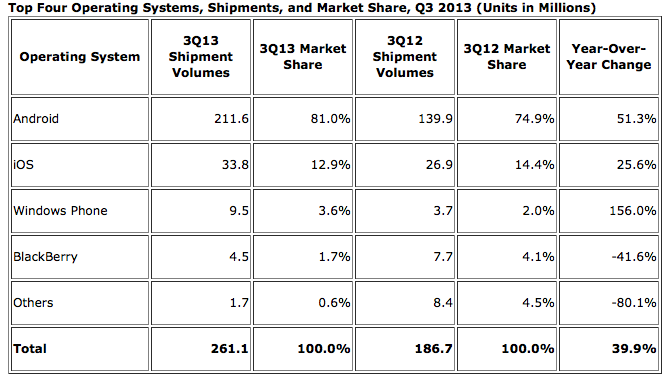 The headline news in the latest IDC stats might look like bad news for Apple: iOS Q3 market share dropped from 14.4 percent last year to 12.9 percent this year. But it’s a number that is unlikely to lead to too many sleepless nights in Cupertino, for four reasons.

First, Apple isn’t competing with most of the Android market, which spans all price-points, only the top end of it. Samsung has been struggling to make money from its flagship handsets, with most of its profits coming from low-end models, while HTC has been in all kinds of trouble. Looking at Apple’s market share in the smartphone market as a whole is the most academic of exercises.

Second, while market share is down, shipments are up: from 26.9M in Q3 last year to 33.8M in the same quarter this year.

Third, for most of Q3 savvy iPhone buyers were holding fire, waiting for the new models Apple launched almost at the end of that quarter. The iPhone 5s and 5c between them notched up a record 9M sales in just the opening weekend. Q4 is where it’s really at …

And the fourth reason Tim Cook and his team won’t be crying into their drinks tonight? This: 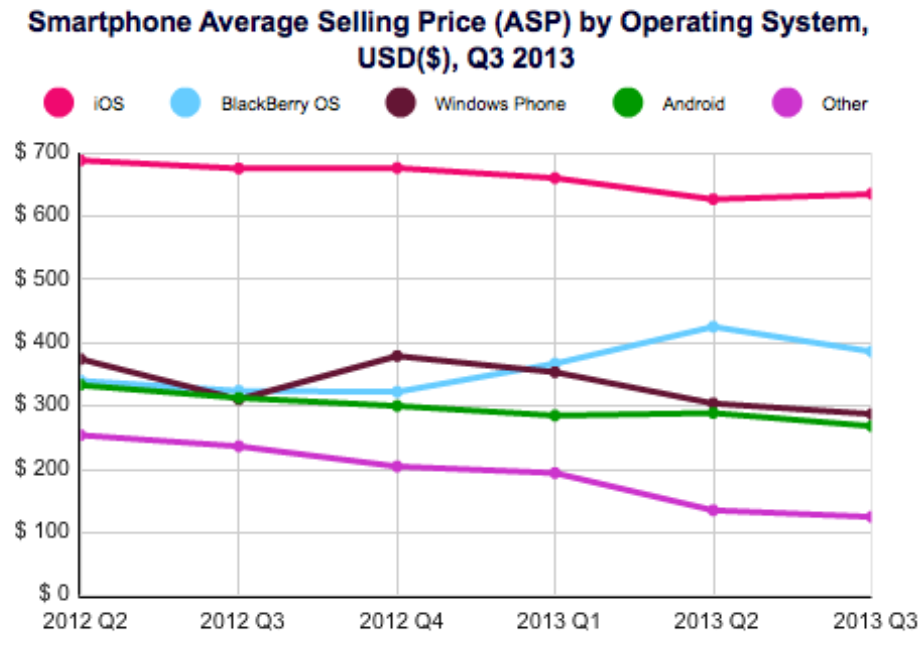