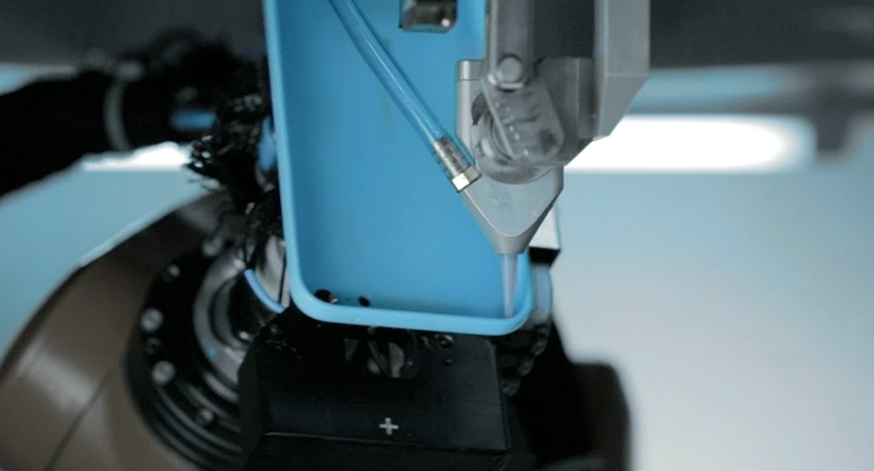 Bloomberg claims to have some info on how Apple plans to spend some of the $10.5B it has set aside for capital expenditure over the next year, saying that the investments will span everything from lasers to robots.

Apple is spending more on the machines that do the behind-the-scenes work of mass producing iPhones, iPads and other gadgets. That includes equipment to polish the new iPhone 5c’s colorful plastic, laser and milling machines to carve the MacBook’s aluminum body, and testing gear for the iPhone and iPad camera lens …

A fair chunk of the cash – up from $7B last year – will of course be spent on initial work on the company’s spaceship campus, but Bloomberg’s sources say that Apple takes a very hands-on approach to its manufacturing process.

“Most companies will hire a design firm to create a rendering of a product, throw it over the wall to China and then it’s the Chinese engineers who do the detailed engineering work,” said Cormac Eubanks, product development director at industrial design firm Frog Design. “What Apple does is hard and it takes a lot of time and money.”

Jony Ive’s industrial design team reportedly builds its own manufacturing and testing equipment to develop innovative new ways to manufacture its products and to ensure that what is designed is practical to build.

“Their designs are so unique that you have to have a very unique manufacturing process to make it,” said Muthuraman Ramasamy, an analyst with consulting firm Frost & Sullivan, who has studied the use of the machinery. “Apple has so much cash that they can invest in cutting-edge, world-class machinery that is typically used for aerospace and defense.”

Examples given of new manufacturing & testing techniques devised by Apple in the past include:

In some cases, Apple builds the actual machinery that is then given to its overseas suppliers to use during the manufacturing process.

If Apple is indeed planning to launch its long-rumored iWatch next year, it’s likely that a bunch of that cash will be earmarked for the production and test technology needed to manufacture them.