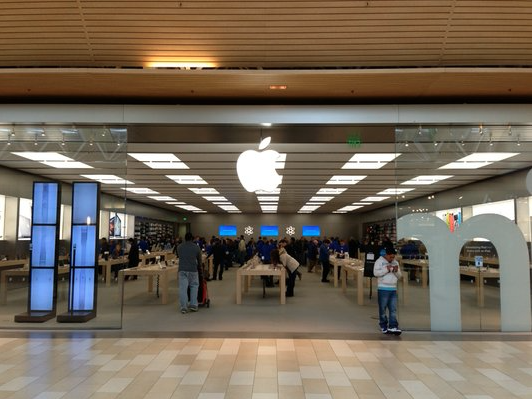 Ever been curious to find out which Apple Store sells the most iPhones? Look no further than the Apple Store in Newark, Delaware in the Christiana Mall. This might come as a surprise, but the fact of the matter is that the state of Delaware has no sales tax. The Christiana Mall is conveniently located halfway between Newark, Delaware and Wilmington, Delaware and attracts customers along the borders of New Jersey to the north, and Maryland on the west, as well as New York and Pennsylvania.

The Specialists at the Christiana Mall are eager to report how well they perform. One Specialist told ABC news, “We sell more iPhones than anyone.” Another employee compares the Christiana Mall store against the Fifth Avenue Store stating, “The only store that does more volume is the glass box on Manhattan’s Fifth Avenue and that is open 24 hours a day. But no one sells more phones than we do.” A third employee told ABC News that because of the lack of sales tax, customers buy dozens, or even hundreds of phones at a time and resell them in foreign countries at a significant profit.

The store is guarded with at least two state troopers at all times for crowd control, which is something Apple pays for, not Delaware taxpayers.