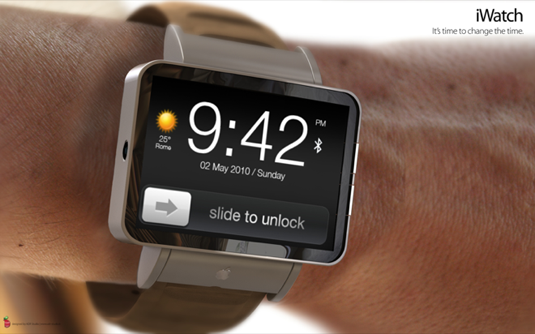 DisplaySearch has a bit of a hit and miss track record when it comes to Apple product launches. The research firm often lands itself square in the analyst category with some pretty out there predictions of  12-inch MacBooks and 65-inch 4K Apple TVs, and today it adds yet another to the list by claiming at a press conference in Taiwan today Apple is planning 1.7-inch and 1.3-inch models of its rumored iWatch. The KoreaHerald reports that DisplaySearch’s David Hsieh claims the various OLED display sizes will be to accommodate the differences in male and female wrist sizes. The report adds that Apple has put its TV efforts on hold to work on the wearables:

“It appears that Apple’s long-rumored TV plans, which were far from concrete anyway, have been put on hold again, possibly to be replaced by a rollout of wearable devices.”

Keep in mind DisplaySearch has changed its prediction since its report last month: It previously predicted 1.3 and 1.63–inch models.

According to DisplaySearch, that means any Apple TV plans for the second half of next year have now been delayed.

While we can’t confirm any of DisplaySearch’s info from its report today, Apple is indeed experimenting with wearables. Earlier this year we reported that the product was currently being developed by a team of Apple executives, sensor, and fitness experts.