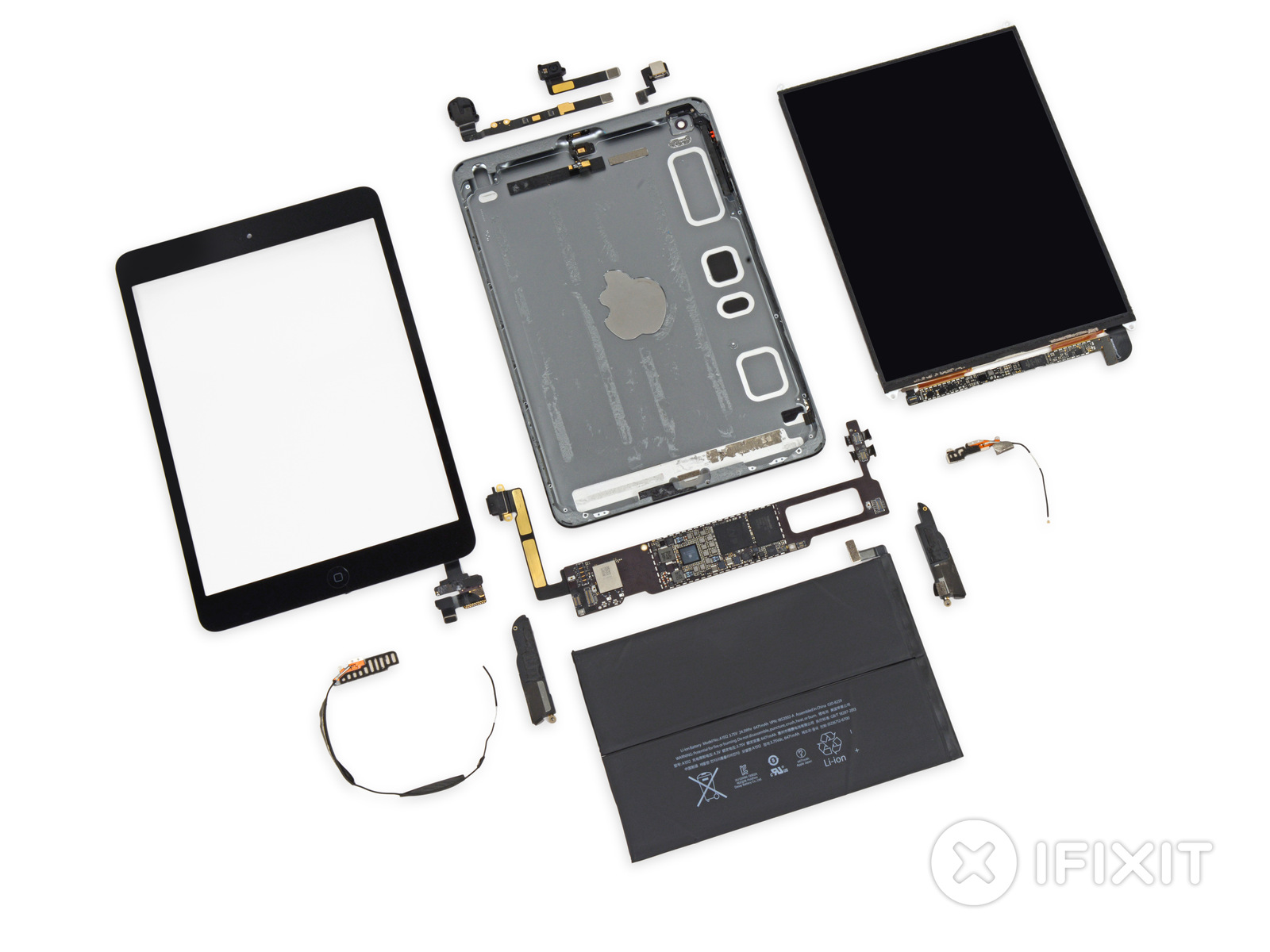 Following close behind its teardown of the iPad Air, iFixit has now taken its toolkit to the Retina iPad Mini. While the company understandably focuses on repairability – that’s how it makes it’s money – we’re betting most people just want to have a peek inside.

Unsurprisingly, the new iPad Mini is essentially a cross between the iPad Air and the iPhone 5s …

The Retina version of the iPad Mini is a teensy bit thicker than the previous model – just 0.3mm –  to accommodate a much larger battery: a 24.3WHr one in place of the 16.3WHr one of the previous model. This is likely needed to drive the much higher-resolution display.

The 326ppi display in this model is an LG one, with a Parade DP675 LCD driver, similar to the DP655 found in the iPad Air. It also uses the same Broadcom touchscreen controllers used in the Air, iPhone 5 and 5s.

Much of the chipset is identical to that in the Air, or nearly so. The A7 chip, however, is the version used in the iPhone 5s, rather than the slightly uprated version used in the iPad Air. This is likely because the smaller chassis doesn’t allow as much heat dissipation as its bigger brother.

As we mentioned earlier, if you want to get hold of one, we suggest you don’t hang around: with limited supplies and the Mini likely to make a popular holiday gift, we’d expect availability to worsen throughout the coming weeks.