Android tablet revenue overtakes iPad for first time, but probably not for long 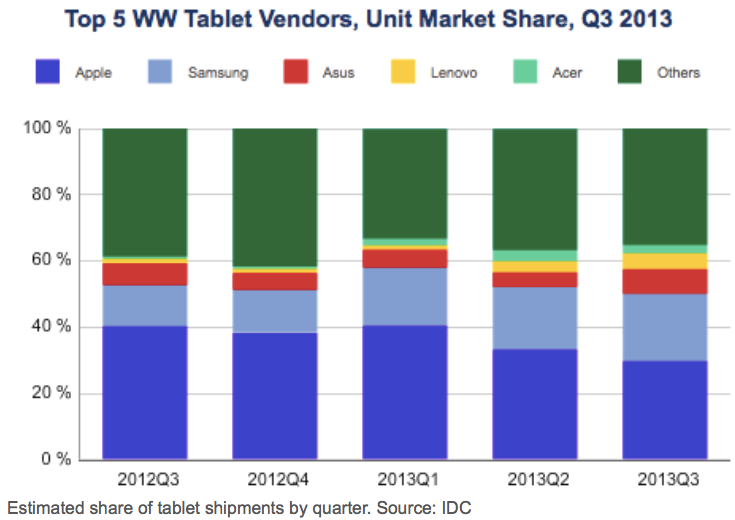 Total revenue from all Android tablets combined has for the first time exceeded Apple’s revenue for its iPad sales, according to IDC data crunched by Morgan Stanley’s Katy Huberty.

“For the first time,” she wrote in a note to clients Friday, “Android devices accounted for a greater share of the market in revenue terms than iOS. Android revenue share reached 46.2% in 3Q13, for the first time exceeding iPad share of 45.6%. Android’s unit share grew to 66.7% from 58.5% a year ago, largely driven by Samsung and Lenovo, while iPad share declined to 29.7% from 40.2%” …

Huberty and IDC alike are, however, quick to observe that this is likely to change very rapidly now that the iPad Air and Retina iPad Mini are out, with IDC forecasting “robust shipment growth” this quarter.

KGI’s Ming-Chi Kuo had earlier forecast that Apple will sell a total of 36 million iPads in this quarter and next.