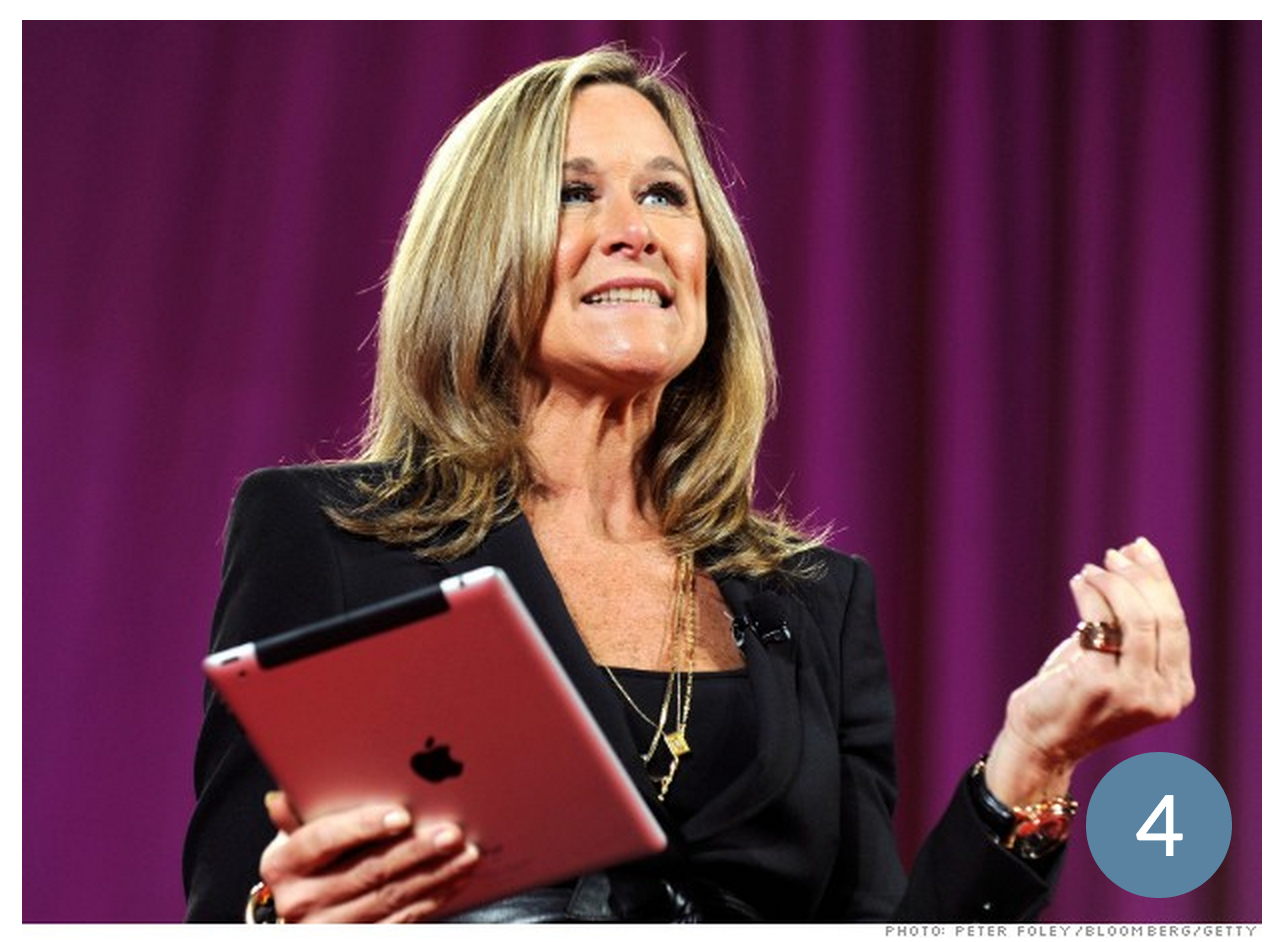 Fortune is out today with its annual Businessperson of the Year list and this time around a couple notable Apple connections have made the list. Coming in at #4 behind #1Elon Musk, activist investors, and Tencent CEO ‘Pony’ Ma Huateng, is Apple’s recently hired Head of Retail, Burberry CEO Angela Ahrendts.

Ahrendts was already having a banner year as the CEO of British fashion house Burberry. The stock was up 29%, vs. the FTSE 100’s 10%, despite fears of a slowdown in greater China and continued ennui in Europe — when she shocked the luxury and tech worlds with news that she was decamping to Cupertino, Calif., to head up Apple’s retail and online stores. Ahrendts takes the reins in 2014, and she will oversee an operation with some $20 billion in annual sales (compared with Burberry’s $3.2 billion).

Ahrendts, who will leave her role has Burberry CEO to officially start work at Apple as Senior Vice President of Retail in Spring of 2014, will play a vital role in continuing to build Apple’s retail strategy after more than a year without someone in the position. Fortune notes that Ahrendts “is credited with helping bring a more youthful image to the 157-year-old trench-coat maker.”

Another Apple executive has also once again made the Fortune Businessperson of the Year list this year. CEO Tim Cook comes in at #47 this time, a drop down from his #2 position last year, with Fortune oddly stating, “Apple didn’t have a great year, but it remains the world’s most valuable company, and most other corporations would kill for its $171 billion in fiscal 2013 sales, up 9%.”

Back in October we reported that Tim Cook sent a company-wide memo to employees welcoming Ahrendts and calling her the “best person in the world for this role”. Cook noted that Ahrendts will be the first head of retail that will run both Apple’s online and offline operations:

“I have wanted one person to lead both of these teams for some time because I believe it will better serve our customers, but I had never met anyone whom I felt confident could lead both until I met Angela.”