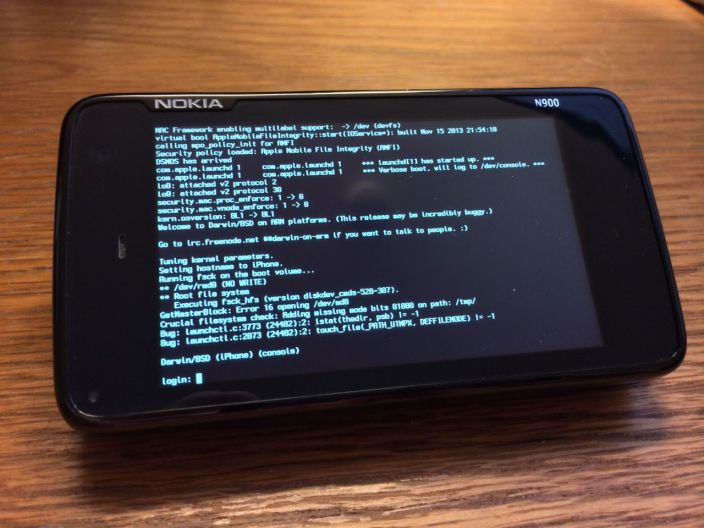 Software developer Winocm has managed to port the core elements of Apple’s iOS operating system to non-Apple devices. This core is known as the “XNU Kernel” and this is what Apple developed over a decade ago to create the foundation of OS X (and later, iOS). As can be seen in the image above from Steven Troughton-Smith, the system is successfully running on a Nokia N900 smartphone… 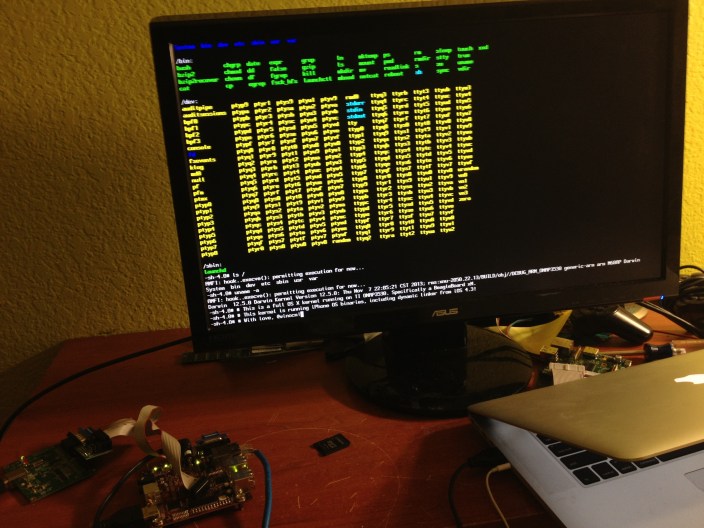 The port does not include any of iOS’s or OS X’s user-interface elements and cannot run as a functional operating system, but it includes many of the system’s core features. The developer shares some additional hardware capable of booting the system:

This does not mean that Apple will license iOS to other hardware makers and does not mean the entirety of iOS can run on devices that are not designed by Apple. However, this work opens up the opportunity for other developers to port other aspects of iOS to other hardware. In essence, Winocm built a minimal variant of iOS with no user-interface for non-Apple hardware.

The work on this port is available for contribution on GitHub.