With an iPad and few accessories, these days anyone can have a functional recording studio in their home for less than the cost of a Mac. Whether you’re just getting started and want a modest iPad recording setup in your living room, or you’re looking to setup a full-blown home studio with your Mac, our comprehensive gift guide below will walk you through all the essentials and save you some cash in the process.

The iRig PRO is a universal audio/midi interface for iPhone, iPad, iPod touch and Mac.

With the XLR/1/4″ combo jack you get mic, line-level and Hi-Z inputs (along with the midi input), making this an MFI interface that works great for singer/songwriters, electronic musicians, keyboard players, guitarists and just as an all around solid, mobile/home recording device. It also includes +48V phantom power (which requires an included 9V battery) so everything from a beginner’s mic to a studio quality condenser will work with the iRig PRO. It ships with Lightning, 30-pin, USB and MIDI cables, so it will work with older and newer Macs and iOS devices. To sweeten the deal, IK has thrown in a pretty impressive suite of free software including AmpliTube Free, SampleTank Free, iGrand Piano Free, VocaLive and iRig Recorder.

Apogee has long been a leader in digital audio interfaces and have some of our favorite hardware at price slightly higher than the iRig setup above. The JAM Lightning ($85 / Reg. $100) is a great MFI option for guitar players who just need a single input, and it comes with a Lightning cable so it will work great with the new iPhones and iPads. The Duet ($550 / Reg. $650) and Quartet ($1185 / Reg. $1400) interfaces offer full range music recording suites with multiple high quality instrument and mic pre-amps, making them excellent options for home studios and singer/songwriters looking for a true analog to digital conversion.

Another great option, especially for those just getting started or for those who are specifically looking to get Pro Tools software, is the Mbox family. Ranging from the $149 Xbox mini w/ Pro Tools Express to the $499 Mbox and $999 Mbox Pro, all are solid and trusted hardware options that come with some great add-on software on top of Pro Tools Express and Pro Tools 11 respectively. 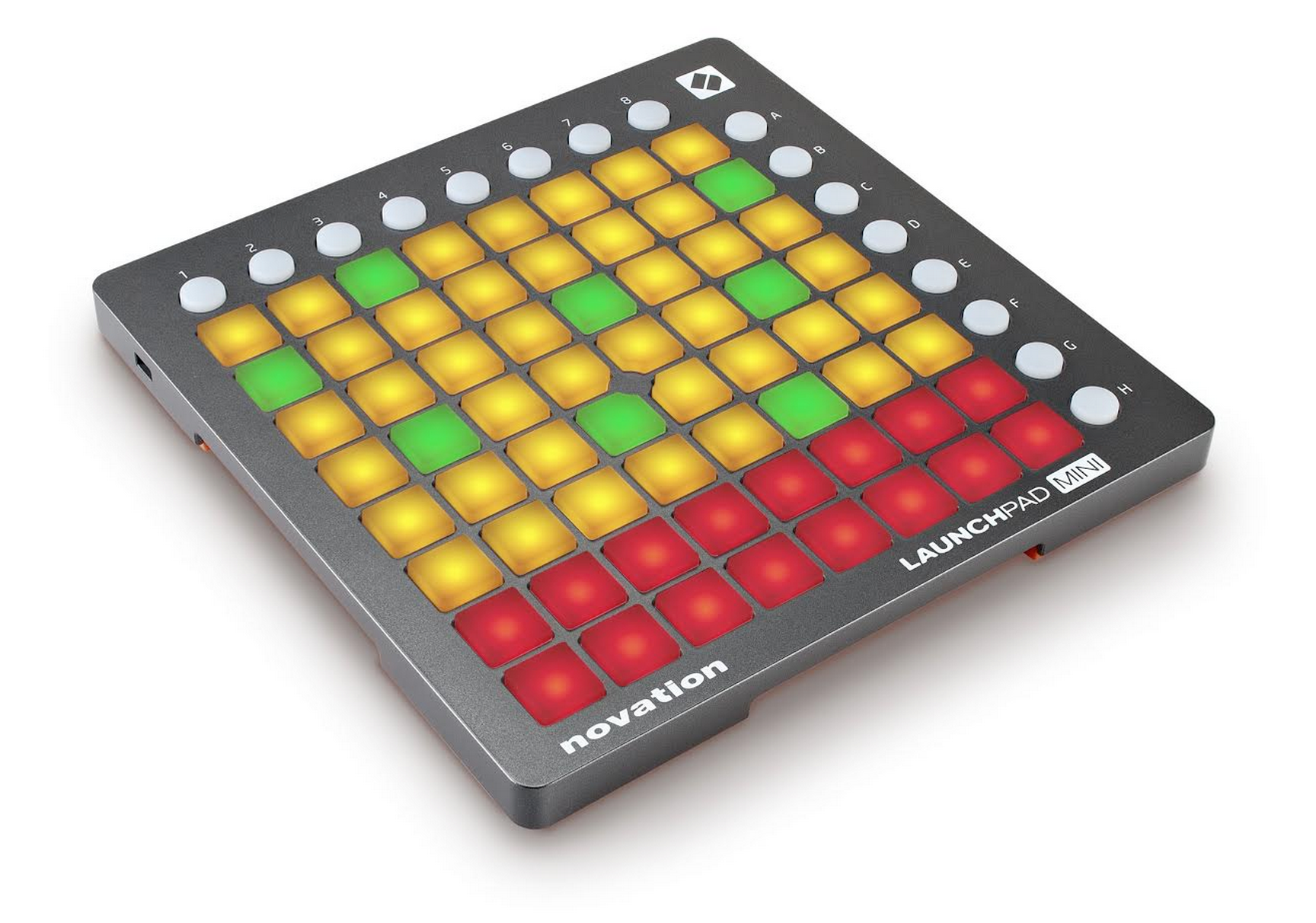 Based on the design of its larger predecessor, the Novation Launchpad Mini packs the same 64 pad, 8×8 grid as Novation’s flagship controller, but in a much more compact and convenient size. It is also quite a wide ranging device, it is compatible with Mac and PC as well iPad. The tiny, but powerful controller, is great for home/studio use as well as on the road, its smaller and lighter than an iPad and is bus powered, so there’s no need to drag around bulky power cables.

The Launchpad is great for experienced Ableton Live and FL Studio users, but its also a quality and affordable point of entry for anyone interested in midi controllers or electronic music production. It ships with some nice software as well, including Ableton Lite for new users as well as the Launchpad App for iPad, which comes pre-loaded with some nice sounds to get you started.

iRig KEYS has 37 keys, which is not to small to play at home, but still a nice size to be transported. It also has many of the bells and whistles audio programmers are looking for like modulation and pitch bend wheels, assignable volume/data knob, octave selection and a SET button to recall 4 full custom setups. It works with Mac/PC and iOS devices through included USB and 30-pin cables, and now IK has released a Lightning cable add-on for newer iOS device support. It comes with some software as well, like the SampleTank FREE and iGrand Piano FREE apps as well as SampleTank 2 L for Mac.

AKAI: If you want to spend a little more than the options above, our favorite mid-priced options come from AKAI. The MPK series for your standard MIDI controller, and the MPC and MPD series for drum machines. A good place to start is the AKAI 49-key MPK49 ($254) and the MPC Renaissance ($849). 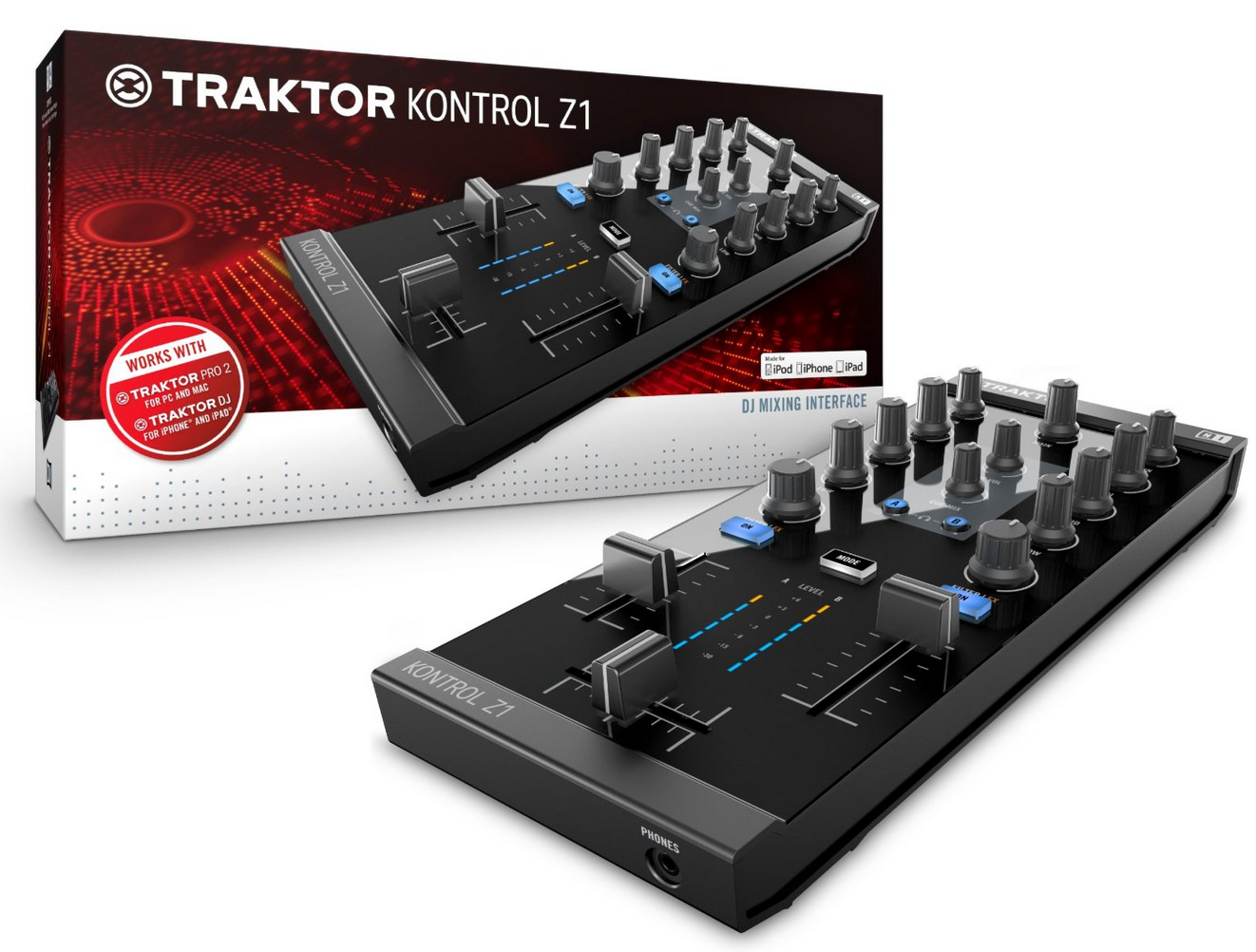 Considered one of the best iOS DJ controllers available, even at $200 it’s hard to ignore Native Instruments’ Traktor Kontrol Z1. Ultra portability, a deep feature set, and complete integration with world class DJ software, maybe the only thing the Z1 is missing is the most obvious, jog wheels.

What it does have is dedicated controls for two channels with a 3-band EQ for each, headphone monitoring controls, filter FX toggles/rotary knobs and not only does it work with the Traktor DJ iOS app but also with Traktor Pro 2 for Mac. It’s great for aspiring DJs that want to get into NI industry standard software, as well as for veterans who want to add a new toy to their setup.

After purchasing, you can register your hardware with NI and receive a $50 E-Voucher towards any downloadable software at the NI Online Shop. Add that with the 50% off promo NI is running on RAZOR, and you’ve got yourself one of the best virtual synths on the market for free.

For those that do want a more full iOS DJ set-up and aren’t necessarily interested in going all the way up to the pro $700+ rigs, here’s a quick list of some of the best options available: 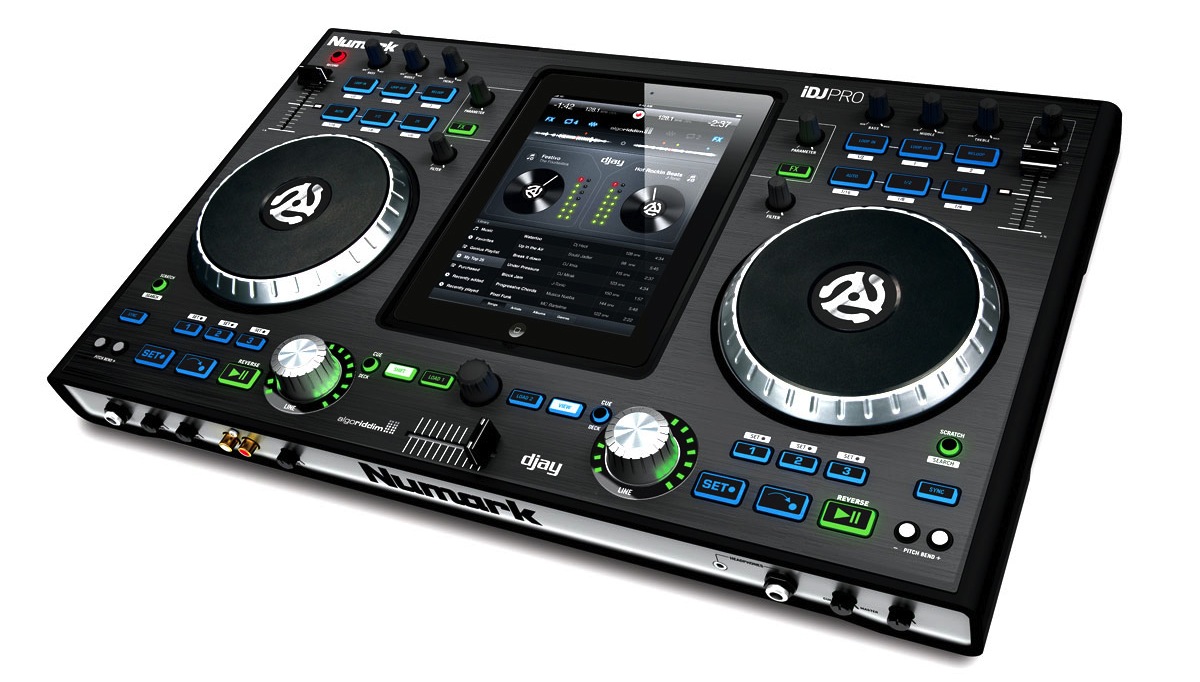 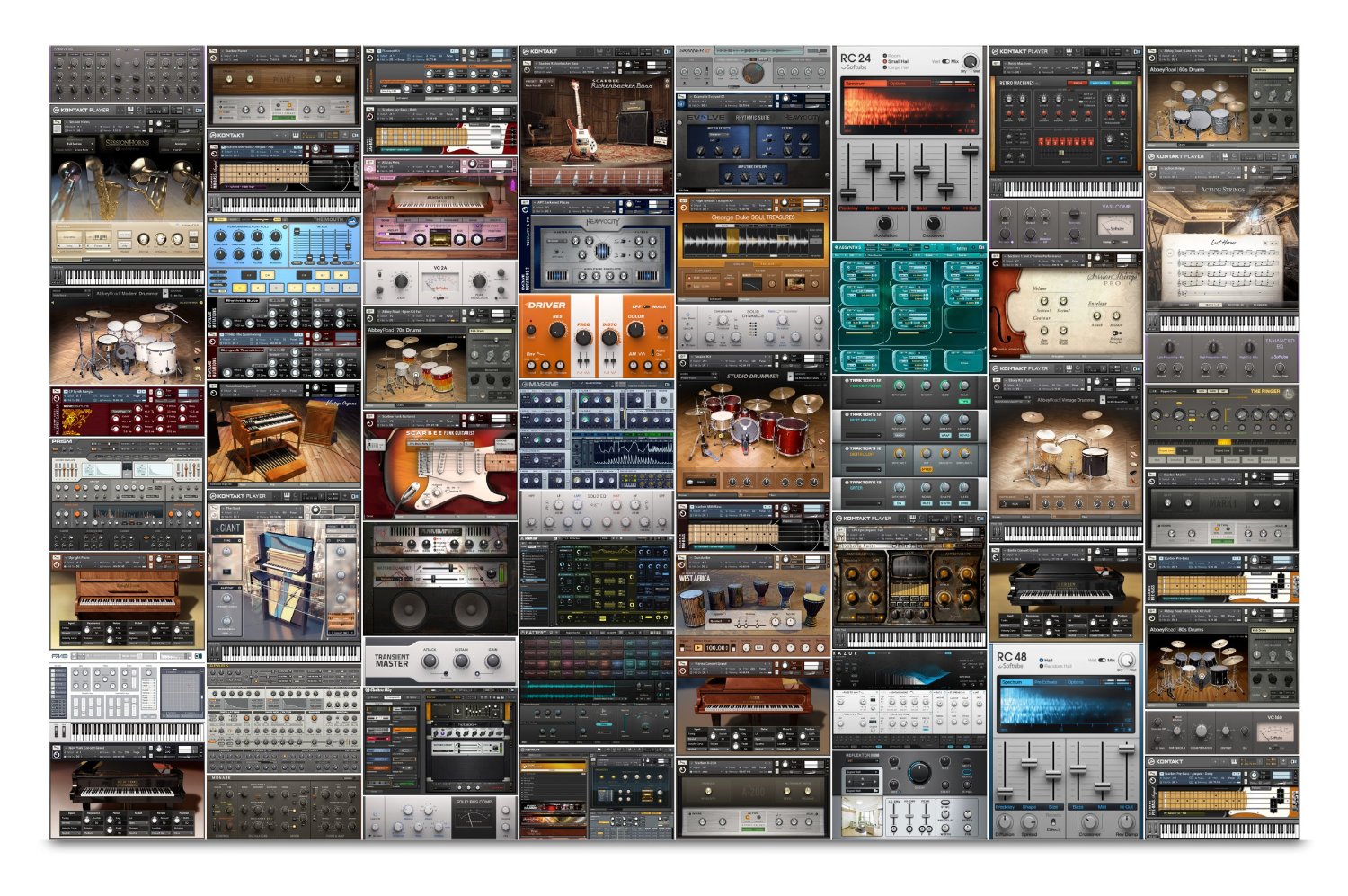 Every musician needs software, so we have put together some suggestions of where to get started. We have industry leading production apps for the Mac and iOS from Moog and Native Instruments, as well as DJ software and a Pro SoundCloud subscription to upload and share all of your creations. You’ll also find some big discounts on some of the essentials in the Deals section below.

Our go-to DAW that is slowly taking over the industry standard Pro Tools, Logic Pro X is the latest release of Apple’s professional audio suite. The latest release represents the best value yet (around $500 less than Pro Tools) and we can’t say enough great things about it. Our full review is here.

There are a lot more complex audio suites available for iOS, but for most Apple’s now free GarageBand for iPhone and iPad will suffice. Inter-app audio and Audiobus support mean  you use ton of great software instruments and effects from the App Store right in GarageBand, and with an iOS compatible audio interface from above you can easily record a full band right on your iPad. If you’re looking for something more on iOS, we’d suggest looking at Cubasis ($49) or Auria $25.

Inter-app audio routing system for iOS. Use Audiobus to record a synth app into GarageBand or other DAW, apply effects apps to virtual instrument apps, audio tracks, and much more.

Moog, synthesizer, get it.

Play and record drums on the 16 pads, jam a melody on the keyboard, sing on top of your loops via the built-in audio recorder, or create your own unique sample banks from any source

A must have for electronic and hiphop producers and one of the most popular suites for virtual instruments, plug-ins, and effects, Komplete 9 Ultimate gives you just about every piece of software Native Instruments makes.

If the new Drummer feature from Logic Pro X isn’t cutting it, Addictive is really similar but packs in much more. 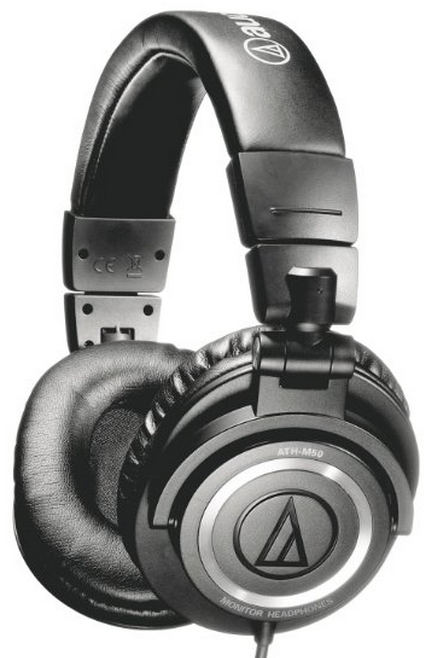 Headphones can be a tricky suggestion to make, as many people have different opinions and different needs depending on the application and the experience of the particular individual. Many times headphones can be as much a fashionable choice as anything, but for this guide we will be sticking to models specifically focused on sound quality for music production at home or on the go.

Like headphones, microphones are something that really depend on your ears. They range from $100 to $10,000+, and after years of trial and error you’ll ultimately decide on a mic that’s right for whatever you might be recording. For now we’ll stick with some go-to vocal mics with a few of our top picks in various price ranges:

Here are a few music production related deals that are running right now. You’ll find plug-ins, software and hardware on sale from some of the biggest names in the industry like Apogee, Native Instruments, Waves, Ableton, Moog and Universal Audio:

Save 50% on all individual plug-ins including Compressor G, CompressorBank v5 and FilterBank v5 until 12/08/13