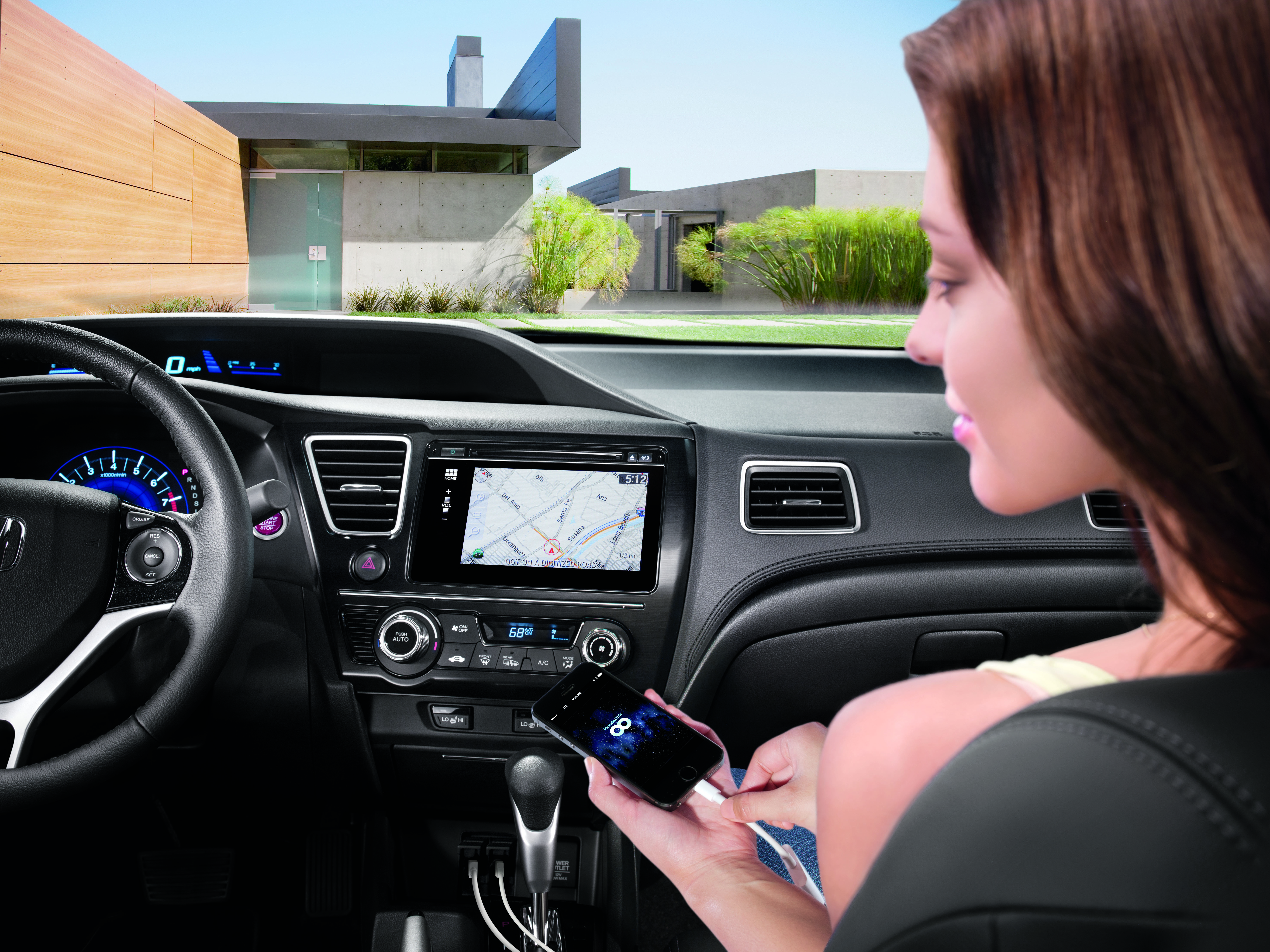 Honda is introducing two new technologies in its new 2014 Civic that will make it easier for  iPhone users to interact with content in the car in its first steps towards Apple’s iOS in the Car. The first part of the new smartphone connectivity is Display Audio Interface— a built-in 7-inch touchscreen with smartphone style apps— and the second is the next-generation of its HondaLink app platform that mirrors apps from your smartphone to the display and in-car audio system.

The apps built-in to the Display Audio interface include apps for audio (Pandora is built-in), phonebook, media, and navigation, many of which require a connection to your iPhone. For example, the phonebook and media will pull down content from your connected smartphone. The display also integrates Siri Eyes Free for using Siri through the built-in audio system, and Honda tells us that users can now connect their iPhone over Bluetooth to place calls and send messages using the Display Audio touchscreen. 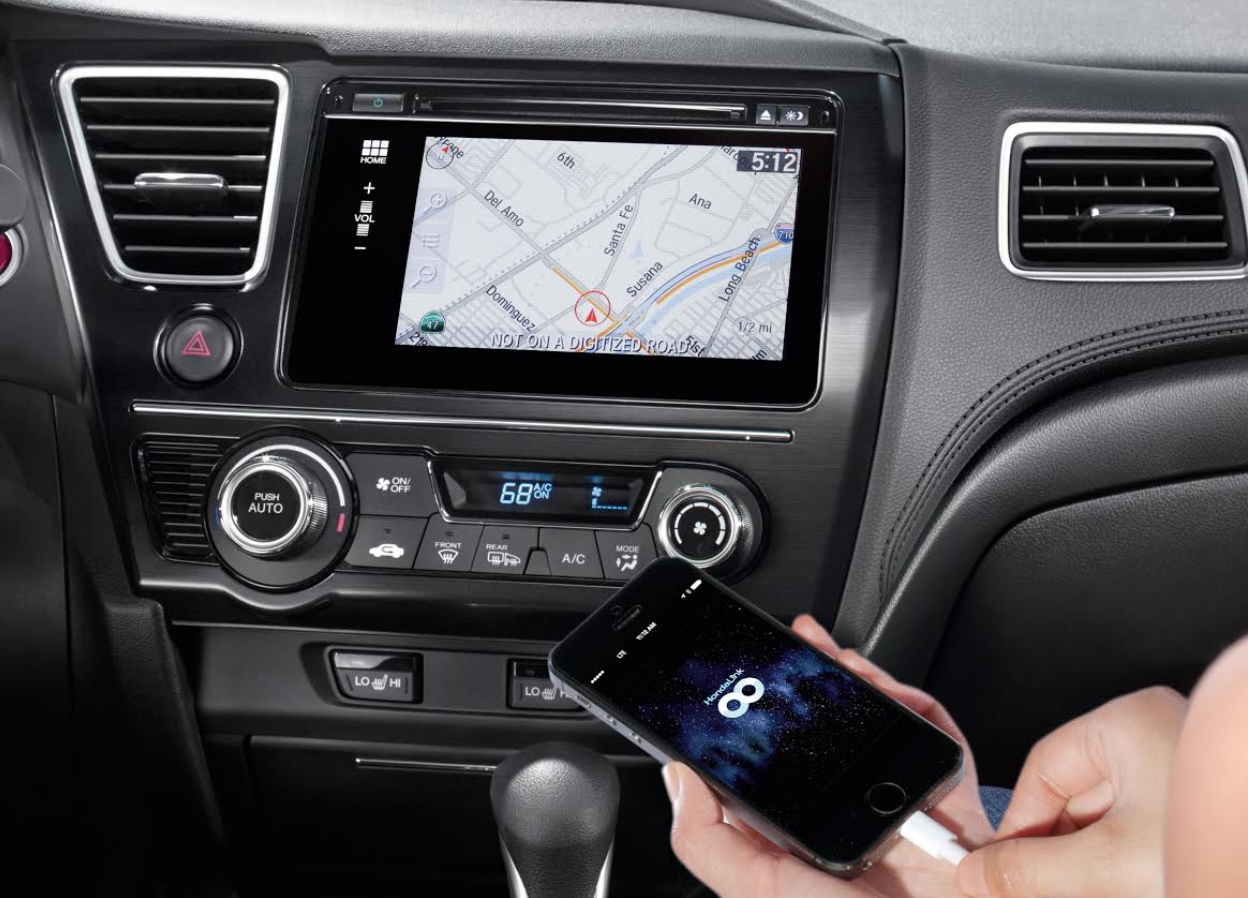 In addition, the company is beefing up its “HondaLink” platform with the release of four iOS apps today— Connect, Navigation, Aha, and Launcher. For navigation Honda is selling its own Navigation app ($59.99) powered by Nokia’s HERE, while the Launcher app will organize approved third-party apps. The Connect and Aha apps provide access to a ton of other content from social networks to accessing weather, messaging and more. These apps run entirely on the smartphone but can also be mirrored and controlled on the Display Audio touchscreen.

While it’s not a full blown implementation of iOS in the Car, we’re told by engineers close to the project at Honda R&D that these are the first steps towards implementing Apple’s new system in the near future. Honda has built its part of the puzzle with the new 7-inch Audio Display touchscreen, but today it’s simply launching its own set of apps for the hardware while it continues to work with Apple. It doesn’t mean iOS in the Car isn’t coming to the 2014 Civic (all the hardware is there), but Honda, Ford and others will also likely continue with their own app platform strategies like HondaLink and Ford’s SYNC AppLink.

The features that require a connected smartphone will work with iPhone 5, 5S, and 5C initially, but Honda says support for some features will come to Android next year. Honda notes that on top of the new Civic (EX models and up) the features will be arriving in the all-new 2015 Fit next Spring. It’s also now offering Siri Eyes free as a dealer installed accessory in older vehicles.