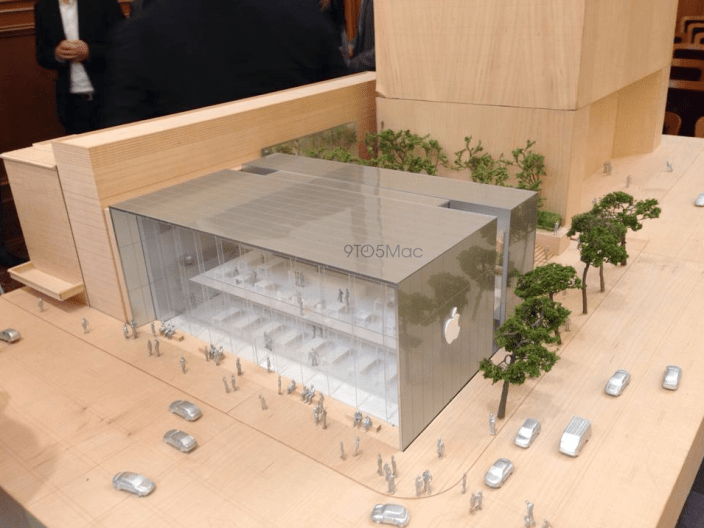 Earlier this year, Apple announced that it would be relocating its flagship Downtown San Francisco to the Union Square District. The new store, with a fully glass front, would be larger, and it would be able to serve more customers and employee more workers. Since then, the new store design came under scrutiny from San Francisco officials because it would remove a famous fountain designed by Ruth Asawa.

In late August, Apple submitted redesigned renderings of the upcoming store that retain the historical fountain. The new renderings also showed a tweaked front glass panel that would relocate the iconic Apple logo to the brushed metal, street-facing side of the store. Now, we’ve learned that Apple has presented a 3D model of the upcoming store’s design to the City of San Francisco’s Historic Preservation Commission…

According to the city of San Fransisco, the “Commission reviews and approves applications for Certificates of Appropriateness for alterations, site improvements and new construction affecting San Francisco’s designated landmarks, buildings and sites within historic districts.” Since Apple’s new store will be altering a key element of the City, it is important that Apple discusses its plans with this commission.

to us that today’s meeting occurred, and provided us with a PDF with more details.