President Obama: ‘I’m not allowed for security reasons to have an iPhone, but my daughters love it’ 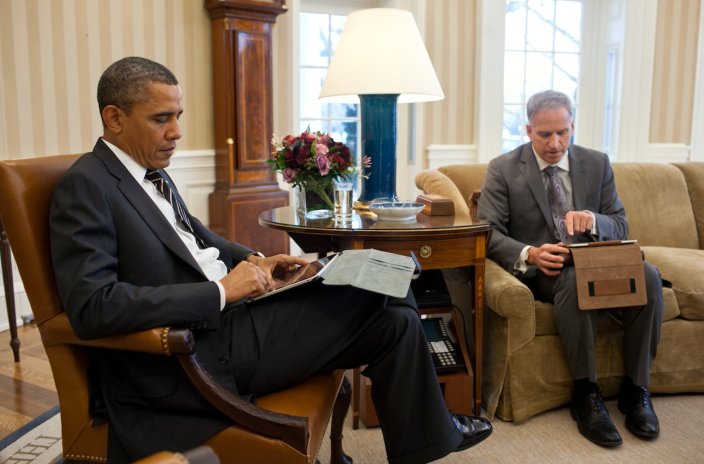 While he and many of his staff members use Apple’s iPads, United States President Barack Obama has revealed why he does not use an iPhone: “I’m not allowed for security reasons to have an iPhone,” the President said earlier today. Nonetheless, he says that his daughters both use iPhones. President Obama has stuck to his BlackBerry over the past few years because of its messaging and encryption capabilities. No word on if the iPhone will ever be suitable for a President, but Apple has been beefing up its smartphone’s security via hardware, software, and sensors in recent years.