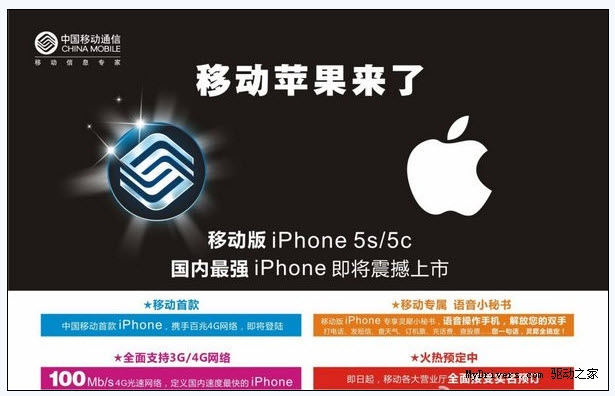 The Wall Street Journal reports that Apple has finally reached an agreement with China Mobile to carry the iPhone. China Mobile is currently the world’s largest mobile carrier with well over 700 million subscribers. Yesterday a subsidiary of the carrier started taking pre-orders for the smartphone, though the page was quickly pulled from its website.

In September the advertisment above leaked to the media. The image is a promotion for the iPhone 5s and 5c running on China Mobile’s network. The Chinese government, which controls China Mobile, confirmed that the phone would be available on December 18th last month, although neither Apple nor China Mobile would actually confirm the rumor.