Apple celebrates life of Nelson Mandela on its homepage 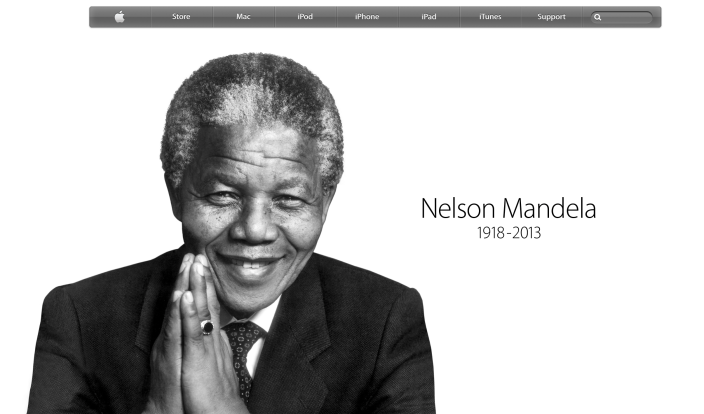 Apple has completely removed all product promotion from its www.apple.com homepage this evening and replaced it with a touching tribute to the life of Nelson Mandela, who passed away earlier this week. The New York Times has an interactive timeline of Mandela’s life.

Apple has previously replaced its homepage to mark the passing of only a few other individuals: Gregory Hines, George Harrison, Rosa Parks, board member Jerry York, and Steve Jobs. Apple executives Tim Cook and Phil Schiller shared their thoughts about Mandela’s life via Twitter:

Amazing human being. Champion of freedom and human dignity. He set an example for all of the world. RIP Nelson Mandela. We miss you already.

“ What counts in life is not the mere fact that we have lived. It is what difference we have made to the lives of others....." Mandela 2002