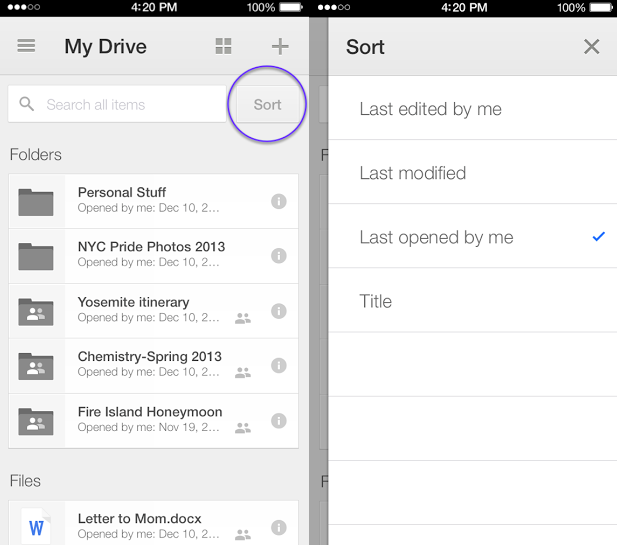 “Use the “Sort” button next to the search bar to arrange files in your Drive list by their title, or by when you last opened an item.” The update is available now and includes some “under the hood stability improvements.”