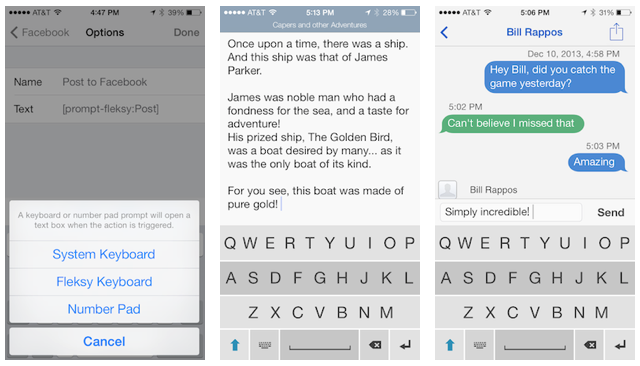 Since the unveiling of third-party keyboards for Android some years ago, iOS users have looked on with envy. That is, until today as Fleksy is using the simplification of iOS 7 code and adding their alternative keyboard to iOS apps. Things will kick off with four apps: Wordbox, GV Connect, Launch Center Pro and Blindsquare but where the company goes from here is still up for some debate. As an option inside each app, Fleksy still won’t work like an alternative Android keyboard which works across the board no matter which app is being run.

Fleksy actually started its iOS life as a standalone app over a year ago as an alternative keyboard for those with visual impairments. With the new iOS SDK, developers can incorporate Fleksy into any app, but this will only happen on an app-by-app basis. Therein lies perhaps the biggest problem wrapped up in all of this keyboard excitement: will users be forced to purchase the keyboard as a in-app purchase in numerous apps? That could cause a huge backlash against the process even as its news is a first in iOS history. Fleksy founder Ioannis Verdelis recognizes this is an issue as quoted to The Verge, but he’s leaving it up to developers to solve. Still, Verdelis believes this is the beginning of something great: 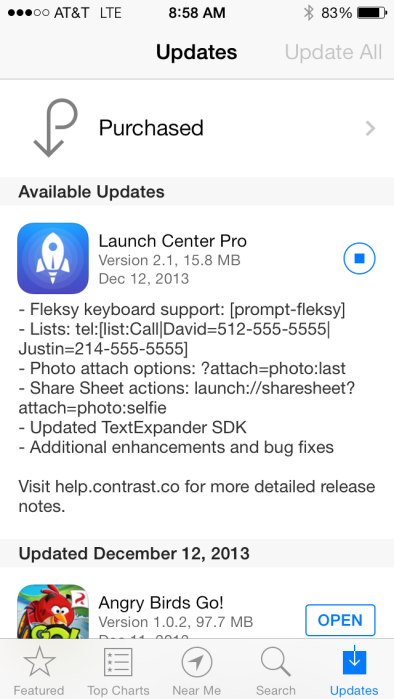 “With every new version of iOS the work required on our part to build a keyboard SDK has reduced significantly,” he says. “We’re [now] doing stuff on iOS that integrates the keyboard deeper than it’s ever been integrated.”

The good news is that you can try Fleksy right now in any of those apps, and I expect many of you shall to discover if this is really the keyboard news we’ve been hoping, praying and wishing for for years now. With the iOS app selection as deep and wide-spread as it is, there’s a plethora of apps that would benefit from Fleksy integration, now just has to sell developers on how to utilize it.