Apple has a 76 percent share of the mobile device market among small to medium businesses (SMBs), according to SMB cloud services company Intermedia. Samsung took second place with 12 percent.

The company also reported seeing spikes in new device activations when Apple launched the new iPhones and iPads. Unsurprisingly, most businesses opted for the iPhone 5s over the 5c … 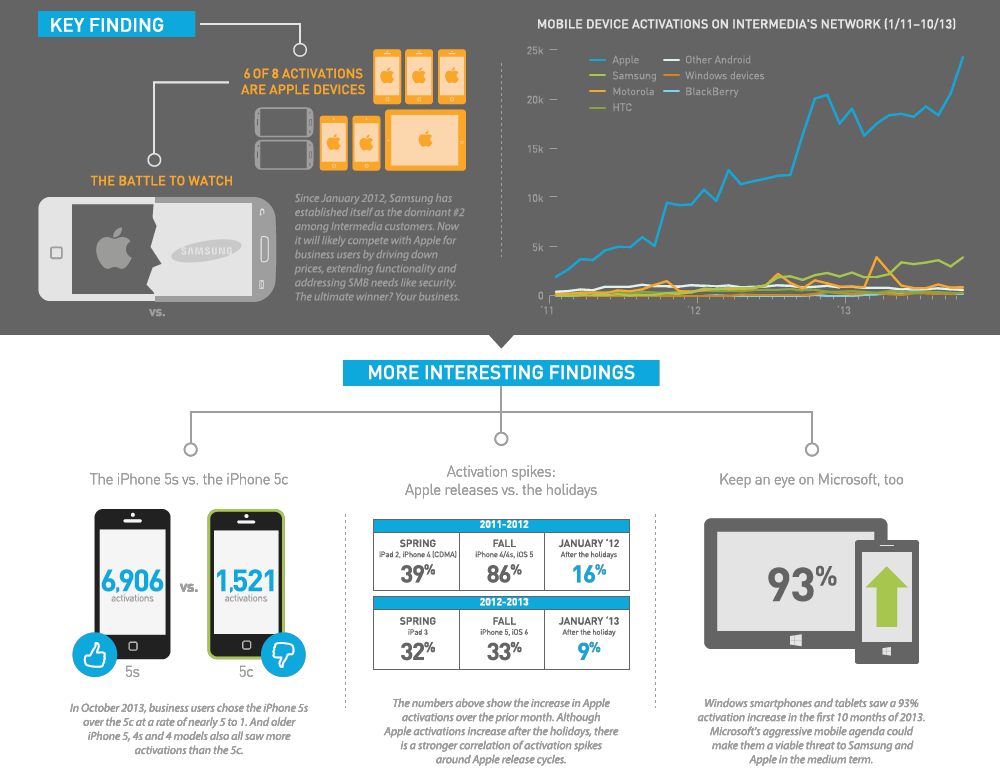 Intermedia based its numbers on use of ActiveSync, a means of synchronising mobile devices with Microsoft Exchange. The company has around 700,000 business customers.

Apple sees the business market as an important one for both Macs and iOS devices. The company created a new webpage in June promoting the business features of iOS 7, followed up in August showing how iPad apps can help businesses and in October with a new volume purchasing program for Mac apps.