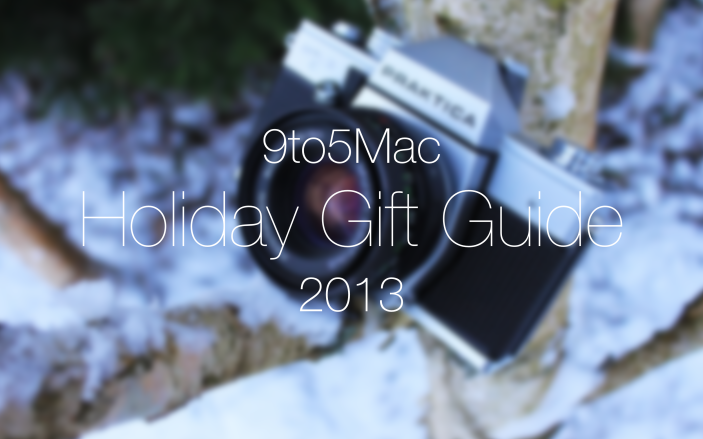 Every year since the introduction of the iPhone 3GS, Apple has worked to improve the camera and video capture experience of the iPhone. The iPhone 5s marks the first truly capable device for recording professional looking movies in a wide variety of situations. As Apple has shown, you can even film a television commercial with it. Chances are, you know someone, who, like myself, loves taking photos and video on their iPhone. With the holidays just around the corner, I’ve gathered up some of the best accessories for iPhone filmmaking. 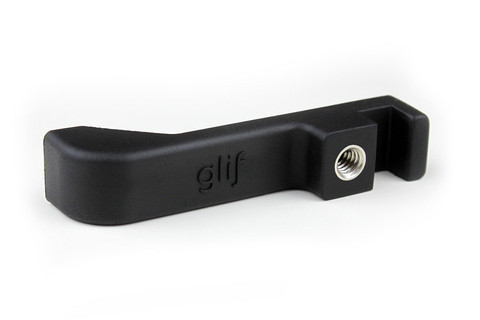 Stabilization is the best (and easiest) way to make your videos look more professional and polished. The Glif Plus is a small tripod adapter that you can slide your iPhone into. From there, you’ll be able to attach your phone to any standard tripod, for ultra smooth and stable video footage. The Glif Plus also includes an extra little stand built in which you can use as a simple prop for your device, great for watching movies. You can even attach the Glif to a keychain. 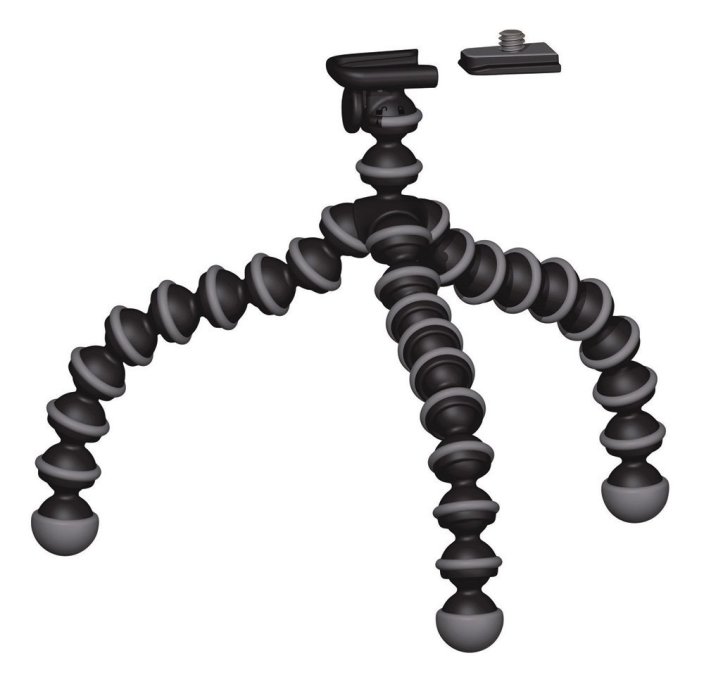 A tripod mount isn’t very useful without a tripod, right? The Gorillapod is a small and lightweight tripod that works great with devices like the iPhone. Since the legs are flexible, you can attach the tripod to anything that can be gripped, meaning that you use the Gorillapod in just about any place. For quick, on-the-go shots, the tripod is a perfect alternative to larger, heavier tripods with fixed legs.

While the iPhone’s lens is certainly impressive by camera phone standards, its not nearly as feature-rich as the lenses in point-and-shoot cameras. That’s where the Olloclip comes in. Designed to fit on the iPhone 5 or 5s, it provides an attachable telephoto lens for the iPhone. Olloclip also sells macro lenses for the iPhone, but I find that the iPhone already does a remarkable job at capturing macro images and video.

A telephoto lens is much more useful because it provides optical zooming capabilities, something that the iPhone can’t offer. Digital zoom, the method Apple uses, simply enlarges the image captured by the iPhone’s sensor, resulting in a loss of quality and an increase in digital noise and distortion. The Olloclip lens has 2x zooming capabilities, which results in a clearer, closer photo with no loss in source image quality. The lens also includes a polarizing filter, which makes your images and videos pop even more. 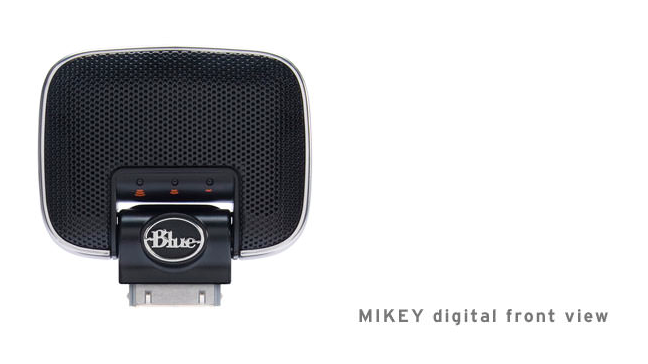 Some would argue that audio quality is actually more important than the quality of your video. People will tolerate poor video quality, but not unprofessional sounding audio. Blue Microphone’s Mikey for the iPhone and iPad is a great “plug and play” microphone that records superb audio right into an iOS device. You can use this microphone for recording directly onto videos, or for use with voiceover recording, in an app like Apple’s own GarageBand for iOS.

The only caveat here is that Blue Microphones hasn’t updated the Mikey with a lightning connector yet. The microphone will work newer devices though, you’ll just need Apple’s lightning to 30-pin adapter. 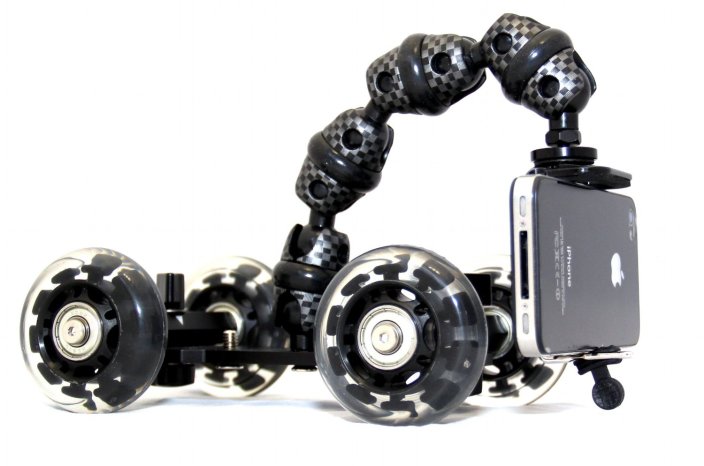 If you want to take your production quality to the next level, the iStabilizer Smartphone Dolly is a strange looking little device that’ll let you get some great looking sliding shots with your iPhone. By attaching an iPhone (or pretty much any smartphone, for that matter), to the dolly’s arm, you can position the phone any way you’d like, for close to the ground, cinematic shots, close ups, and more. The dolly’s platform and adjustable wheel will let you set up any shot you want. You can have a simple straight panning shot, or by tilting the wheels in, you can wheel the dolly around an object in a circle, making a really neat effect. 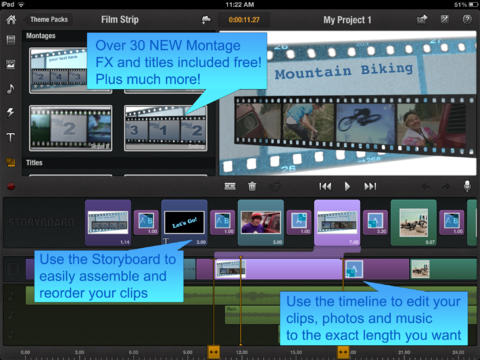 Hardware is only useful with right software, right? Well thankfully, there are a lot of great apps out there for editing video on iOS. Pinnacle Studio, an iPad app, is the best video editing tool I’ve seen on iOS. Far more full-featured than Apple’s own iMovie, Pinnacle Studio takes true advantage of the iPad’s display and processing power, making it a much more professional tool. A wide variety of sharing options let you export videos to almost anywhere. 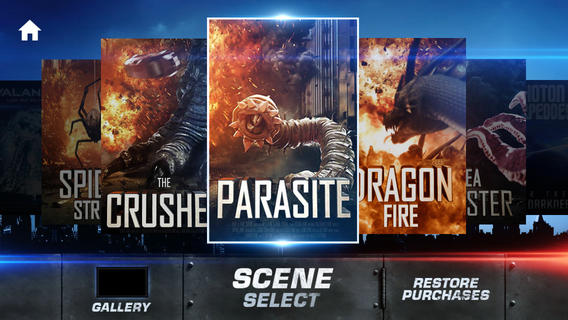 For those looking to add a little dramatic flair to their videos, Action Movie FX provides an easy way to do just that. With a wide variety of dramatic effects, its easy to simply take video that’s been recorded, add an effect, and watch as Action Movie FX turns an ordinary recording into a dramatic, action filled suspense film. It’s an easy way to add a lot of production value to a video in a short amount of time. Additional effects can be bought through in-app purchases.

Any of the apps or gear above will be great additions to any iPhone filmmakers arsenal. Let us know in the comments if there’s any other gear or apps you recommend or have personally used.